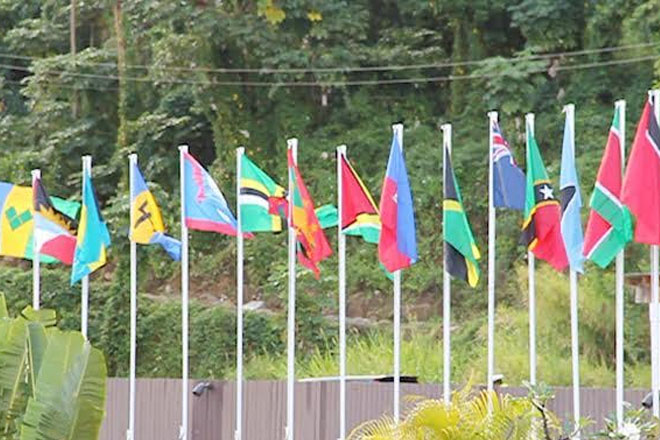 Basseterre, St. Kitts (SKNIS) — Some of the major challenges confronting Caribbean governments in relation to good governance and electoral reform, were placed in context by St. Kitts and Nevis Prime Minister Dr. the Honourable Timothy Harris at a recent regional forum in Antigua and Barbuda.

The multifaceted issues surrounding good governance touched on the move by some administrations to operate outside of the Constitution as well as the ability of citizens to question and challenge representatives for “unseemly behaviour.” Motions of No Confidence, Integrity in Public Life, Tenders Boards and Freedom of Information legislation were highlighted as instruments to promote transparency, true democracy and were described as “hallmarks of good governance.”

In the case of electoral reforms, the Voters’ List was described as “the heart of the Electoral Process.” The importance of cleaning the list periodically to remove names of the deceased, campaign finance rules, the rights of voters residing abroad and support for the Electoral Commission were all mentioned.

“These are some of the issues which we in St. Kitts and Nevis have to place before our citizens for their consideration and input,” Prime Minister Harris revealed, while addressing delegates at the one-day forum dubbed CARICOM Overcoming Challenges: Pathway to Development. “We the servants of the people must have a clear sense of the reform in which we must engage and plan the way forward to guarantee a true democracy.”

Ambassador Dr. Clarence Henry of Antigua and Barbuda played a key role in the forum’s staging. He praised Prime Minister Harris for “capturing the imagination of persons regarding his vision of CARICOM [Caribbean Community) today and beyond.”

“He was often passionate, stirred and excited a grateful audience who applauded his powerful statements …,” Ambassador Henry stated. “… I am grateful that the Prime Minister came and shared with the people of Antigua and Barbuda and by extension the entire region. Both him and [host] Prime Minister Gaston Browne make a powerful force as demonstrated during the opening ceremony and will continue their collaboration during the forthcoming meeting of the regular conference of CARICOM Heads of Government …”

The meeting is scheduled for July 02 to 04 in Barbados.