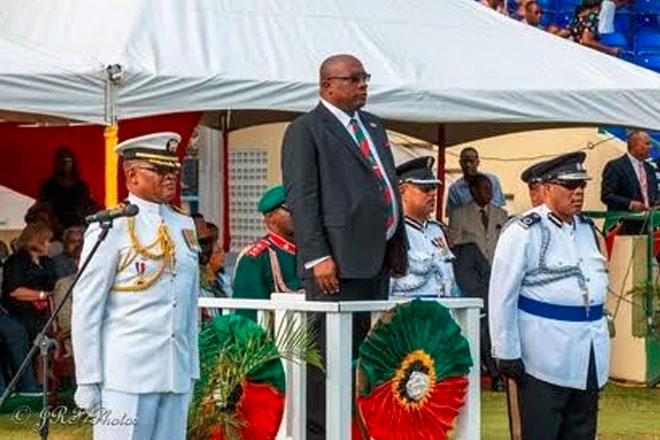 PM Harris: Independence was the first step in building our Nation’s Prosperity

Basseterre, St. Kitts — Prime Minister Dr. the Hon. Timothy Harris says independence was the first step in building prosperity in St. Kitts and Nevis and that the founders saw unity as prerequisite to achieving that goal.

In an early morning (September 19) Independence Day broadcast carried live on state radio and television and other radio stations across the nation, the Prime Minister said the pre-independence class structure was inimical to the well being of the masses. “For many years, the goals of Independence were stifled because, for some, Independence meant a prosperity agenda for a few instead of prosperity for all. The development of such a political class did not auger well for the rank and file of our population who was being left behind.”

He posited that the founders of our independence intended to build a nation around solid democratic principles, the ideals of shared growth and development and the understanding that together as a people we are better. “The founders of our Independence were determined to give a better St. Kitts and Nevis to our generation than what was given to them. Our founders were determined to build our Nation, not on sinking sand, but rather on the rocks of justice, fairness and equality and, by extension, prosperity. It is through their experiences that we learn and understand who we are as people and as a Nation. It is through their experiences that we can understand our strengths and weaknesses, and approach our challenges as opportunities for growth and advancement”, said PM Harris.

St. Kitts and Nevis became an independent nation on September 19, 1983.