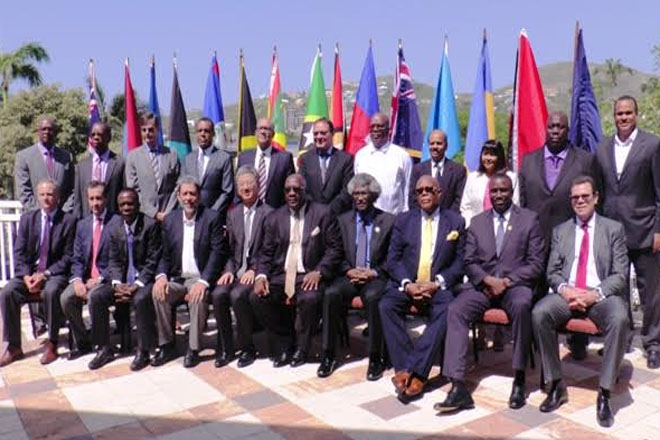 He was at the time addressing media professionals at the closing of the 2015 High Level Caribbean Forum on Financial Growth.

He said his administration had already turned to that alternative as it moves to build a brand new Basseterre High School.

“Some of the big projects we are looking at; building a new cruise pier, the unity bridge between St. Kitts and Nevis for example, cross country roads; these are areas in which we think that we can engage public-private sector partnerships,” he said, adding, “We are already looking at that mechanism in the context of the Basseterre High School, a new facility which are committed to build to provide a good quality education for our people.”

He said, “We believe that if we can get these things working right, they can be a win-win situation for the country and the conversation I think, over the last two days, reinforced that this is one viable option that countries can pursue.”

However, Dr. Harris said these partnerships must be carried out in a way that makes sense for all parties involved.

“Given the tightening up of the realities out there in terms of countries being too indebted to be able to borrow or to borrow in the same manner they could have maybe 10-15 years ago, that that option is becoming much more popular. We have to learn to do it though in a way that makes sense because we have had situations where on the face of it had appeared to be public-private partnerships but end up being the government alone carrying the burden…so we still have to be careful as we try to understand the substance of these things and the various forms in which this can take place,” he explained.