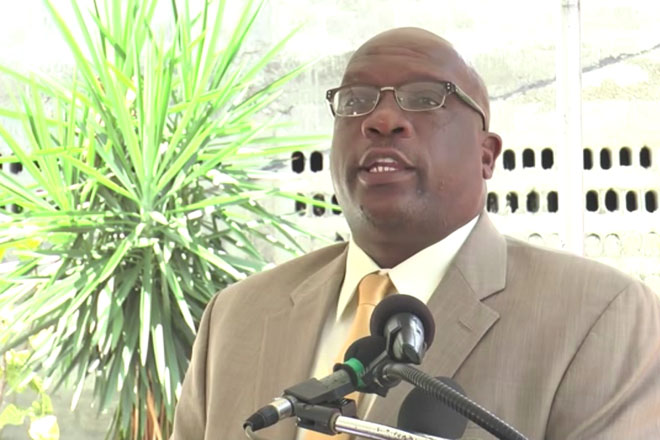 PM Harris: Public Safety is key to a Healthy and Sustainable Environment

Basseterre, St. Kitts (SKNIS) — The Government of St. Kitts and Nevis is fully committed to social equity, justice, people empowerment, good governance, transparency and prosperity for all, said Dr. the Honourable Timothy Harris, Prime Minister of St. Kitts and Nevis, during his address to the United Nations General Assembly on Friday (October 2nd).

“We are a people’s government born of the desire to put the development of the people first,” said the Prime Minister, adding that the government is hoping to build broader constituencies of support on several fronts in addressing the problem with crime.

Dr. Harris made mention of plans implemented by the government to fight crime.

“We instituted a Six-Point Plan on our fight to reduce violence and drug related crimes in particular,” Prime Minister Harris stated. “We are investing in new equipment and training to support our law enforcement professionals who prevent, detect and solve crime. We are working hard to build a new professional culture among and between our law enforcement agencies.”

The Prime Minister added that new statistics have shown a decline in major crimes in the Federation, but said that much more must be done.

Prime Minister Harris said the government is determined to aggressively confront the issue of crime, while noting that it will work on multiple tracks including working to empower families and communities through education, skills development initiatives and civic programmes.

“We will work in schools and with our Non-Governmental Organisations (NGOs) and our religious leaders and with the youth themselves, especially those most likely to become targets or perpetrators of criminal behaviour to offer them alternatives,” he said. “We will offer them opportunities for personal growth, for decent work for constructive engagement in society.”

This, he said, is a challenge to which the Government of St. Kitts and Nevis is committed and to which they have to succeed.

“If small states are to overcome the challenges posed and worsened by transnational criminal activities, we must work in partnership,” he said, noting that the support of gun producing countries is needed in order to restrict the movement of illegal guns, light weapons and ammunition.

Dr. Harris stated that those who produce fire arms must do more to stop them from reaching the Caribbean’s shores, and that information and improved access to opportunities, education and employment must be shared because sustainable development is not achievable in an environment of crime and violence.

“The prosperity which must be built brick by brick, day by day, will become realizable only in context of peaceful and safe societies,” he added.