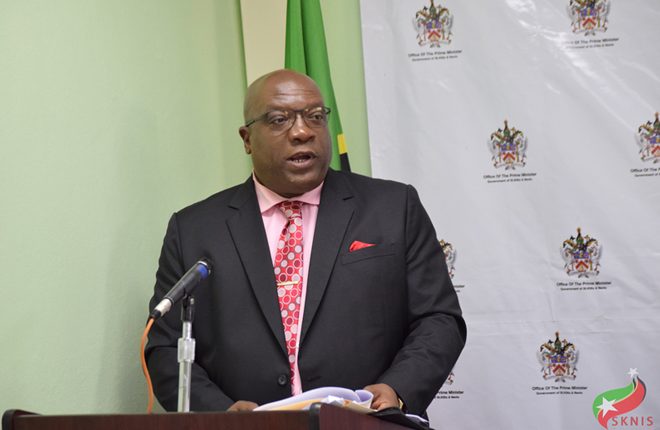 PM Harris says his government will defend the public’s right to access any and every beach in St. Kitts and Nevis

(PRESS SEC) – Prime Minister Dr. the Honourable Timothy Harris said today, Wednesday, November 29th, 2017, that the public has the right to access any and every beach in the Federation of St. Kitts and Nevis.

“All beaches belong to the Government,” Prime Minister Harris said at his monthly press conference in response to a reporter’s question that referred to a recent wave of public debate and concern over whether beaches, especially those in tourist areas, would remain accessible to the general public at all times.

The Honourable Prime Minister also said, “I think it has long been established that there is a public access to every beach in St. Kitts and Nevis, and that is something which Team Unity as an administration will honour.”

The Prime Minister of St. Kitts and Nevis referenced Chapter 11.03 of the National Conservation and Environment Protection Act, which states at Part VII in Clause 28 – titled Beach vested in the Crown with public access – that, “(1) It is hereby declared that all rights in and over the beach are vested in the Crown and the public shall have the right of access and the right to use or enjoy the beach for recreational activities and purposes. (2) There shall be at least one public landward access to every beach in Saint Christopher and Nevis.”

Clause 28 further states that, “(3) Where there is no public access, traditional public use of a private landward access through an existing private development shall be sufficient grounds for establishing a public right of way over that access solely for the purpose of access to the beach by the public. (4) Where the only landward access to a beach is through an existing private development where traditional public use pursuant to subsection (2) has not been established, the Government may acquire the right to public use of that beach access, by gift, negotiation, contract, purchase, lease or compulsory acquisition, in exchange for other property, interest or financial exemption or by such other means as the Minister may recommend.”

“So simply put, at all times, citizens and residents in St. Kitts and Nevis must have access to a beach, and where that access is not provided the law empowers the Government to act in the public interest to secure that access,” Prime Minister Harris, who is also the Minister responsible for Sustainable Development, said.

The Honourable Prime Minister added that members of the public should conduct themselves appropriately when passing through a private property to get to a beach. He noted that the public should also rest assured that, “We will always defend the laws of the land [and] uphold them, and so that is the public position of the Government.”

Dr. Harris announced that he would instruct the Ministry of Sustainable Development to investigate and advise the Cabinet concerning whether public access is being provided to “all the prominent beaches in Frigate Bay and the southeast peninsula.”

Prime Minister Harris said, “This Government will write to anybody that is in breach of the regulation and ask them forthwith, forthwith, to make good [on] the requirements of the law in relation to the beach. We will never accept for the record, never accept, that in our St. Kitts and Nevis any person has the right to exclude others from appropriate enjoyment of our beach resources. It will not be countenanced by this administration.”