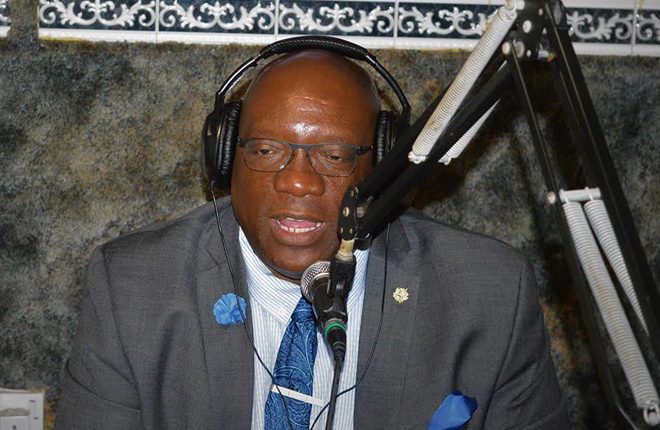 (Press Unit in the Office of the Prime Minister) – St. Kitts and Nevis’ Prime Minister Dr. the Honourable Timothy Harris says the Government of National Unity has once again been thrusted into a bad situation inherited from the former Denzil Douglas-led administration. However, the Team Unity Administration will – as it always does – conform to the rule of law.

The Honourable Prime Minister was speaking specifically on the matter surrounding a Chinese national, who is on Interpol’s Wanted List and was granted citizenship under the country’s CBI program.

Dr. Harris stated that, in 2014, the Denzil Douglas administration was adequately informed by Interpol of the Chinese national’s pending arrival in St. Kitts and Nevis, and this gave the former prime minister ample notice to take the necessary action.

Prime Minister Harris continued: “If the gentleman and the lady were here as citizens of St. Kitts and Nevis and Douglas had this notice, this warning…from Interpol, Douglas ought to be ashamed of himself to now be talking about these same persons. For if there was anyone who had harboured them, it would have been the Denzil Douglas administration.”

Furthermore, Dr. Harris stressed that the passports issued in the situation in question did not bear the country of origin field, despite earlier warnings from the United States Government.

During his March 9th, 2017 monthly press conference, Prime Minister Harris said that records provided by the Canadian Bank Note (CBN) stated that some 15,197 regular passports, 91 diplomatic and 39 official passports were issued without the country of birth field by the Douglas-led administration.

“This is an imperative to safeguard the integrity of our passport, to comply with international best practices, and to satisfy our commitment to being a responsible member of the international community,” Prime Minister Harris added.

The International Monetary Fund (IMF) recently commended the Team Unity Government for making “significant efforts to strengthen the CBI Program…as this is essential to reduce integrity and security risks, preserve the program’s credibility, and avoid a race-to-the-bottom.”