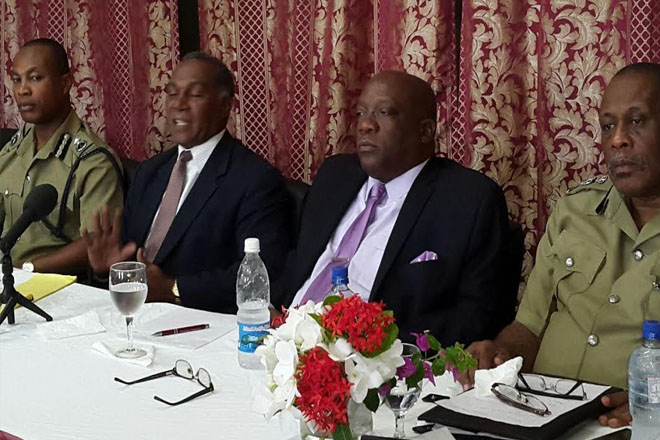 Charlestown, Nevis (RSCNPF) — Officers of the Nevis Division of the Royal St. Christopher and Nevis Police Force were challenged to do the “Best they Can” during a meeting with Prime Minister Dr the Honourable Timothy Harris today (October 14th) in Nevis.

Prime Minister Harris who is also the Minister of National Security was accompanied by Premier of Nevis and Senior Minister in the Federal Cabinet the Honourable Vance Amory and the Police High Command.

Both Prime Minister Harris and Premier Amory addressed the gathered Officers and thanked them for their service and sacrifice.

A healthy dialogue followed, where Officers were able to voice concerns to the Prime Minister and Premier.