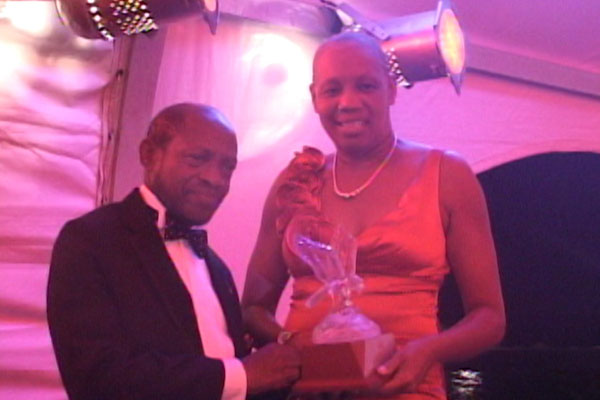 (ZIZ)– Last night brought to a close prime minister the Rt Hon Dr. Denzil Douglas’ Silver Jubilee Celebrations and, even before the end of the celebration the gala was being referred to as a resounding success.

Among those in attendance at the were Governor General Sir Edmund Lawrence and his wife Lady Lawrence, former governor general, Sir Cuthbert Sebastian, officials of the Antigua/Barbuda Labour Party and Dominica Labour Party, diplomats,  members of the federal cabinet and supporters and well wishers from across the region and nation.

Several speeches and tributes were given as part of the night’s proceedings with the general theme being that of gratitude for Dr. Douglas’ years of selfless service to his country and people and wishes of continued personal and professional prosperity.

Chairperson of the Prime Minister’s Gala Committee, Hon. Marcella Liburd, in her remarks offered a special piece of insight into Dr. Douglas. She said one of the things which touched her most about the leader was that he never forgot to thank the people around him who in some way had helped him or contributed to his success. Even where the gala was concerned, she continued, he has never failed to say thank you to the people who put it together.

Tokens of appreciation were presented to the Prime Minister by the constituents’ cabinet members and others. An announcement was also made that a recently commissioned portrait of Dr. Douglas would soon be revealed.  A particularly unique collage outlining the history of the St. Kitts/Nevis sugar industry was presented on behalf of the PEP staff at the Craft House.

The black tie affair, dubbed the “Red and Silver Gala” was held at the prestigious Carambola Restaurant. The dinner was described in a press release issued last week as a “toast to the extraordinary service of Prime Minister Douglas, as well as to recognise the contribution of local and foreign investors and representatives of countries and organizations that have contributed significantly to the growth and development of the Federation during the period of Dr. Douglas’ leadership.”