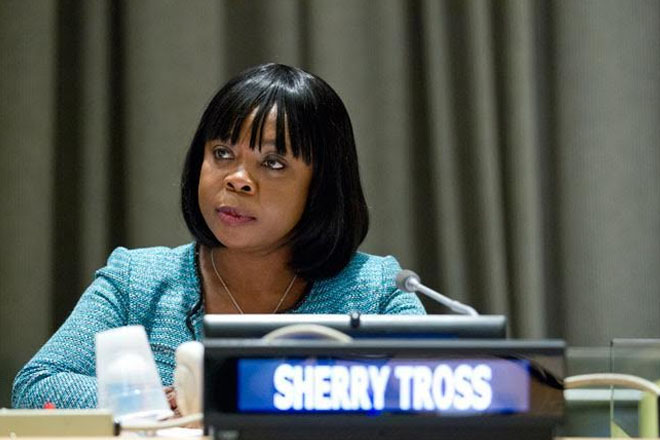 Basseterre, St. Kitts (SKNIS) — Ways to strengthen St. Kitts and Nevis as an independent nation and the Federation’s engagement with international partners to enhance its global footprint are some of the areas to be explored at Tuesday’s (September 15th) Prime Minister’s Lecture Series at the Sir Cecil Jacobs Auditorium at the Eastern Caribbean Central Bank (ECCB) at 7 p.m.

The annually event is part of the Independence celebrations and features prominent speakers from various spheres of influence from the Caribbean and abroad. This year, Sherry Tross, the Executive Secretary for Integral Development/Director General Inter-American Agency at the Organization of American States (OAS), is the guest speaker.

“I feel very honoured to have been selected as a guest speaker,” Ms Tross said, noting that she often jumps at the opportunity to assist her homeland. “… I believe that constructive engagement is part of the responsibility of citizenship. I am very much looking forward to the event.”

The accomplished national said the address will consider the issues via “developmental lens.” Areas to be lectured include education and capacity building, innovation and entrepreneurship, social inclusion, and issues of vulnerability and resilience in the context of addressing natural disasters and climate change.