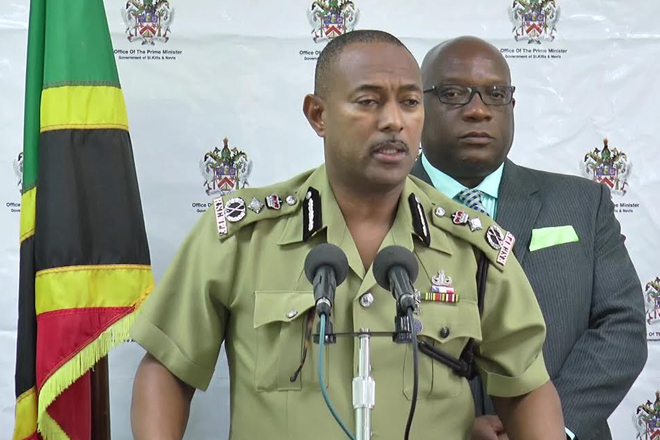 (ZIZ News) — “No one in St. Kitts Nevis can honestly say that the police force is not doing its part in fighting the crime”. That is according to Police Commissioner, Ian Queeley.

Commissioner Queeley made the statement in response to a question about the rise in crime across the Federation on Wednesday at the Prime Minister’s Monthly Press Conference, held at The Parliamentary Lounge at Government Headquarters.

“No one in St. Kitts and Nevis at this particular point in time can honestly say that the Police, which is only one aspect of the crime fighting machinery is not doing its part in fighting the crime”, he expressed as he addressed government officials and members of the media.

The Commissioner also suggested that the police force has stepped up security operations to improve public safety.

“We are redoubling our efforts in every aspect. For the entirety of last year, we recovered 21 firearms and at this point in time we have recovered 19 including 3 for the week already, one of which was a Mac-10 with 2 extended magazines and a silencer. So you would’ve seen that the police in earnest have stepped up their operations and are fulfilling that part of our mandate”, the Commissioner stated.