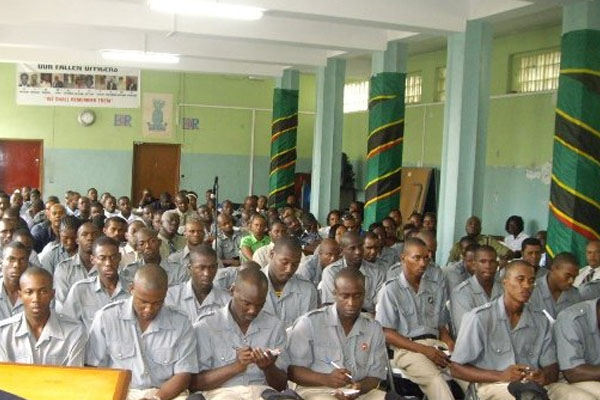 The aim of the Bill is to provide a process for the receipt, investigation and determination of complaints by the public against the police and for related matters.

Part II of the Bill provides for the establishment of the Police Complaints Commission. Clause 4 provides that the Commission shall be appointed by the Minister, acting on the advice of Cabinet, from persons who possess the relevant professional experience and qualifications necessary for the performance of the functions assigned by the Act.

Clause 6 provides that the membership of the Commission shall be comprised of persons of integrity in the community and at least one of these persons should be an attorney with at least ten years standing as an attorney and at least one shall be a retired police officer who served at the rank of Superintendent or above.

Provision is made in clause 8, 9 and 10 for the remuneration, tenure, resignation and revocation of appointment of the members of the Commission.

Clause 18 and 19 set out matters relating to the funds and the accounts of the Commission. It is provided in clause 18 that the funding of the Commission shall be from the Consolidated Fund.

Part III of the Bill contains provisions for the setting up of a Unit within the Police Force by the Commissioner of Police which shall be known as the Complaints Unit.

Clause 24 provides that the Unit will be headed by a police officer of not lesser rank than Assistant Superintendent. Provision is made in clause 25 for the functions, heading, staffing and facilities of the Complaints Unit.

In Part IV of the Bill, provision is made for the receipt and investigation of complaints against the police by the public. Clause 26 provides for making of the complaints and their transmission to the Complaints Unit. In terms of clause 26, a complaint may be made on the form set out in the Schedule at the Basseterre or the Charlestown Police Stations or at the Office of the Commission. The complaints made at Basseterre or the Charlestown Police Stations shall be transmitted to the Commission which shall record them and transmit them to the Complaints Unit through the Commissioner of Police.

Clause 30 provides for dealing with trivial frivolous or vexatious complaints.

Clauses 31 and 32 set out the ways in which a complaint may be resolved and these are both formal and informal resolution.

Both the Commission and the Commissioner are given powers in clauses 34 and 35 in respect of the final report produced by the Complaints Unit after completing an investigation of any complaint.

In Part V of the Bill, provision is made for the review of complaints by the Commission where a complainant is not satisfied with the investigation and disposition of their matter as conducted by the Complaints Unit. The Commission is given powers in clauses 40 to 43 to, among other things, conduct a hearing into the complaint in order to resolve the complaint.

Part VI of the Bill contains the general provisions. These include provisions which provide for the immunity of members of the Commission, the conduct of hearings before the Commission, matters of secrecy and offences.

Clause 50 makes provision for the Commission to submit to the Minister at the end of every calendar year, a general report on its activities during that year and its recommendations, if any and also at any other time, to submit a report to the Minister on any matters coming to its notice to which it considers that his attention should be drawn by reason of their gravity or of other exceptional circumstances. Sub-clause 50(3) provides that the Minister shall lay the annual general report submitted in the National Assembly.

In clause 51, power is given to the Minister to make regulations for carrying out the objects of the Act.

The Schedule contains the form which shall be used to make a complaint.