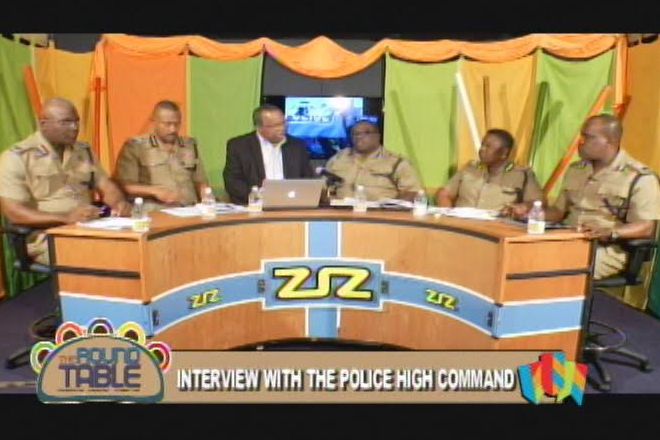 (ZIZ News) — The Police High Command is seeking to find new ways to strengthen the relationship between the force and the general public.

That’s according to Deputy Commissioner of Police, Hilroy Brandy who discussed future plans and new initiatives during ZIZ’s Round Table Discussion on Monday night.

The Deputy Commissioner stated that the first order of business under his discipline is improving the image of the organization.

Assistant Commissioner of Police for Operations, Terrance James noted that in order to strengthen community bonding, the Police Force must start with the basics.

“I’ve seen in the police force, over the years that the officers have deviated from the basic things in doing the police work. Coming to work on time, answering the phone properly and saying good afternoon to the person who is on the other end…These are the basic things that we have to go back to in order to get things done. Going out into the public into the communities and just mingling with the public”, he explained.

The Police High Command said they continue to implement new strategies and procedures in efforts to improve the relationship between the Police Force and the public to ensure that St. Kitts and Nevis continues to be a safe place to live, work, visit and do business.