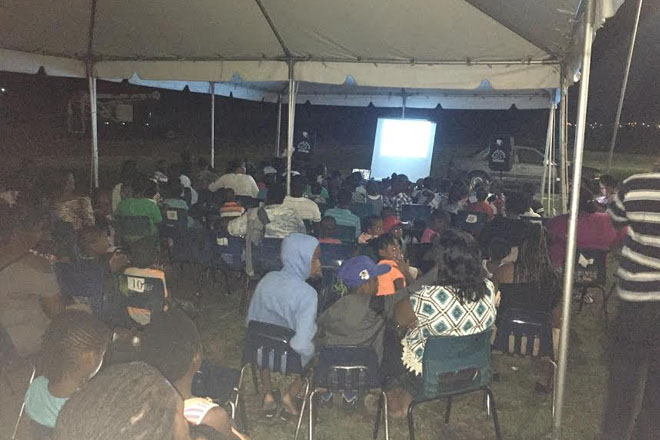 According to a statement, this was a community outreach initiative designed to foster a closer relationship between the police and the community, particularly the youth.

The night included a popular children’s movie and a quiz where the children were asked questions about the police and the police division where the schools are located.

The highlight of the evening was the presentation of an Alcatel tablet, compliments flow, to Stiviesia Dorset of the Dieppe Bay Primary School, for correctly listing six crime fight initiatives of the Police Force.

Divisional Commander for the Area, Supt. Cromwell Henry praised the officers for their efforts and challenged the other police districts to execute similar community activities.