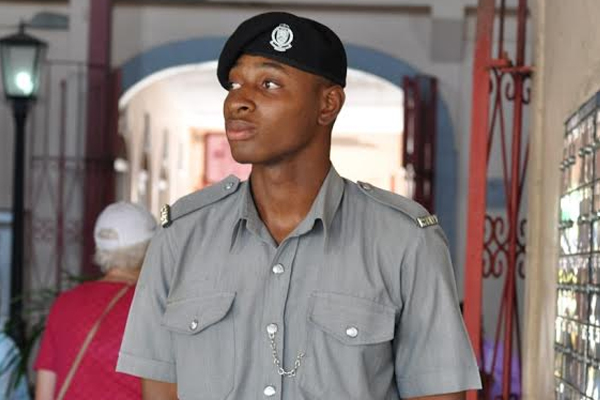 Police recruits to graduate next Thursday

Basseterre, St. Kitts (SKNIS): Thirty-six young people in St. Kitts and Nevis are preparing to take on a greater responsibility in society as they embark on a career in law enforcement.

Twenty-three men and thirteen women will graduate on Thursday, February 27, as the Royal St. Christopher and Nevis Police Force hosts the 38th Passing Out Parade for Recruits of Course No. 39 at the Police Training Complex.

Commandant of the Police Training Complex Superintendant Lionel Moore told SKNIS that the course has been intense for the recruits who have been training from July 01, 2013. Theoretical topics covered included Evidence and Procedure, General Duties and Criminal Law while practical sessions such as Physical Training, Self Defense, Weapons Training and Foot and Arm Drills were reviewed.

During a press conference on Wednesday (February 20), Prime Minister the Right Honourable Dr. Denzil Douglas congratulated the High Command of the police force for the management style which has changed the perception of the agency. The statement is significant considering that a in 2007 and 2008, persons from neighbouring CARICOM countries had to be recruited to reinforce the ranks.

“Presently, there are so many recruits who are entering the police force with [Bachelor’s] Degrees or with Associate Degrees,” Prime Minister Douglas stated.

Recruitment is expected to get easier with the construction of a 38,741 square foot Multipurpose Security Training Center at Lime Kiln that will be the home of training for the police, defence force, prison, fire and customs agencies as well as private sector security.

“They will now be following a common training curriculum,” explained the Prime Minister, and at the end of the day, they would have improved on their skills, they would have also been exposed to new technologies in fighting crime and more than that, they would be pursuing courses that are accredited – so that the credits obtained from those training sessions can be applied in other training opportunities as they enhance their professional and educational advancement.”

Avenues for personal progression are also made available to veteran officers.

“… The government intends to ensure that we would have opportunities provided to our young people as recruits or as seasoned police officers to move forward,” Prime Minister Douglas emphasized.