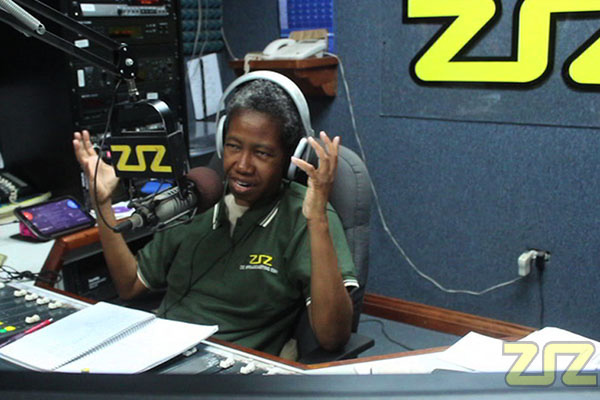 “Praise on the Pulse” Celebrates its 500th Show

ZBC General Manager, Clement O’garro presented host, Dawn Mills with a congratulatory fruit basket and praised her for having the longest running radio show with the same host.

He said the show had a particular place in his heart.

“I was working in a small city called Cordoba. I had just moved from Buenos Aires and I got sick. It turned out that I had to have double-bypass surgery and the Wednesday of your show before the surgery on the Saturday I called to get the special blessings and praises from the pulse,” he recalled.

Mills thanked ZIZ Radio for the opportunity and said this has been her calling since early in life.

She said, “So when other people had toys I had radios. I’d say ‘Mommy I need a radio’ and so even now, if something is on the TV and its on radio I’d prefer to listen to it. I’m an auditory type of person and so radio has been a very significant part of my life and I’m very glad that I’ve been able to do this.”

The four-hour special on Wednesday included quizzes and giveaways relating to the history of “Praise on the Pulse.”