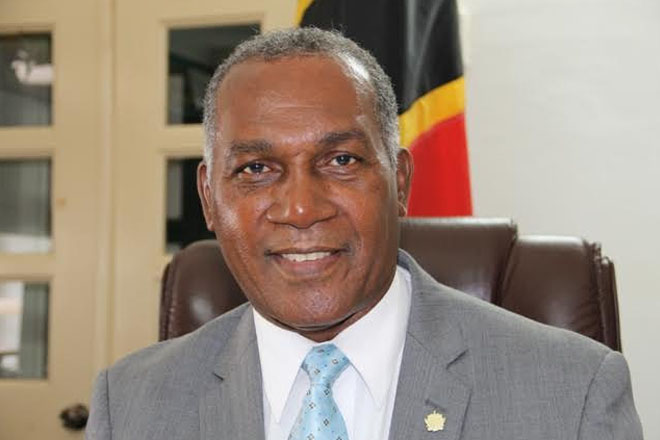 (ZIZ News) — Premier of Nevis the Hon Vance Amory has been released from a Canadian hospital after being admitted for severe pains in his abdomen on Tuesday.

According to a statement on Wednesday, Prime Minister Dr. The Honourable Timothy Harris learnt that Premier Amory has been discharged from the hospital in Toronto, Canada, with a clean bill of health, as test results show there is no cause for concern.

The statement says the symptoms of severe pain that the Honourable Premier presented with Tuesday were digestion related.

Prime Minister Harris and Premier Amory spoke on the phone on Wednesday morning and the Premier is in good spirits.

Both Premier Amory and Prime Minister Harris wish to thank everyone who prayed for and thought about Mr. Amory during the brief period of distress.

Premier Amory, who is Senior Minister and Minister of Labour, Social Security and Ecclesiastical Affairs in the Unity government of St. Kitts and Nevis, looks forward to resuming his work on behalf of the people.