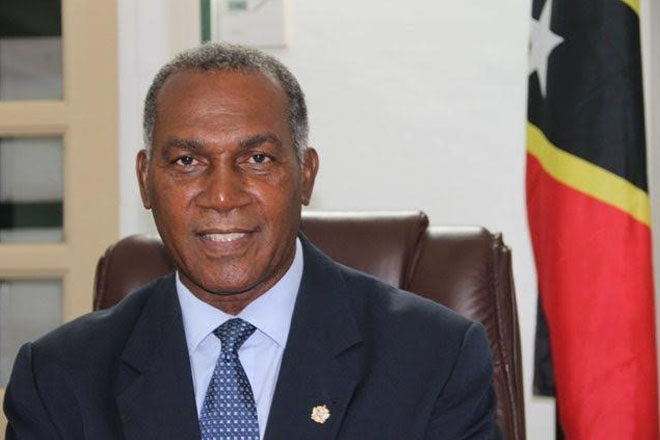 (ZIZ News) — Nevis’ Premier, the Hon. Vance Amory, was among the government ministers present at the Prime Minister’s Monthly Press Conference this week.

Premier Amory, who oversees the affairs of the Nevis Division of the police force, said members of the private sector have been partnering with the police to help fight crime.

“One of the things which we have done and we’re seeing coming forward in Nevis is that the private sector, business owners, owners of hotel properties and so on are very concerned about the incidences of criminal activity and the analysis which you are making or which is being made, with the help of Mr. King and his advisors to the police and with the High Command, Acting Commissioner of Police and his High Command staff, is that we are seeing a change in the profile of criminal activity in Nevis,” he said.

Premier Amory also used the opportunity to give an update on the work being done to curb crime on the sister island.