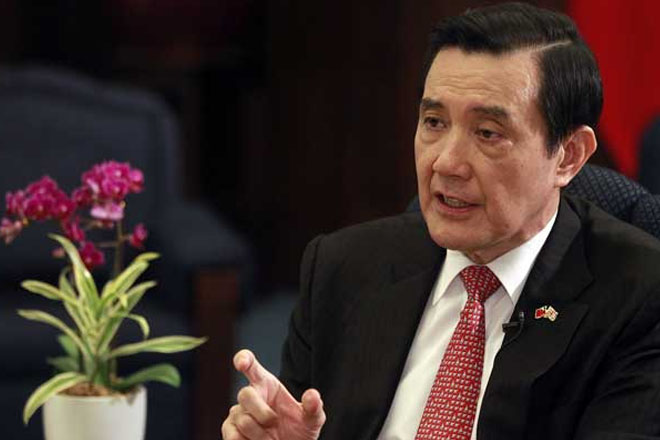 Such a meeting has continually been under discussion since the 2013 APEC summit in Bali, Indonesia, when then ROC Mainland Affairs Council Minister Wang Yu-chi met for the first time with his counterpart from the Taiwan Affairs Office, Zhang Zhijun, and they addressed each other by their official titles. Following further consultations at the meetings between MAC Minister Hsia Li-yan and Minister Zhang this May 23 and Oct. 13 in Kinmen and Guangzhou, consensus was reached to meet in Singapore, which has already played an important role in cross-strait relations.

President Ma said the purpose of the meeting is to consolidate cross-strait peace and maintain the status quo by reviewing the past and looking to the future. Under the framework of the ROC Constitution, the government will maintain the status quo of no unification, no independence, and no use of force, while promoting peaceful cross-strait development on the basis of the 1992 Consensus of “one China, respective interpretations.”

The 23 agreements signed over the past seven years have brought about the most stable and peaceful period in cross-strait relations in 66 years, and the task now is to further reduce ill will, stay on the right track, expand exchanges, and deepen cooperation, President Ma said. The Ma-Xi meeting will be the first step in institutionalizing meetings between leaders of the two sides, he added.

The meeting will mark three milestones, President Ma said. It will be the first meeting between leaders of Taiwan and mainland China in 66 years, a landmark that will help further improve relations, while meeting outside of either mainland China or Taiwan demonstrates the gradual maturation of cross-strait relations. Meeting as the leader of Taiwan and the leader of mainland China achieves equality and dignity through flexibility and pragmatism, and takes the approach of mutual nonrecognition of sovereignty and mutual nondenial of governing authority a step further.

President Ma emphasized that no agreement will be signed and no joint statement released. Each side will issue a separate press release on points of consensus reached in the meeting.

Following his opening remarks, the president took questions from news media representatives on topics such as the meeting arrangements, agenda, legislative oversight, communication with the public, responses from other countries, and follow-up cross-strait exchanges.