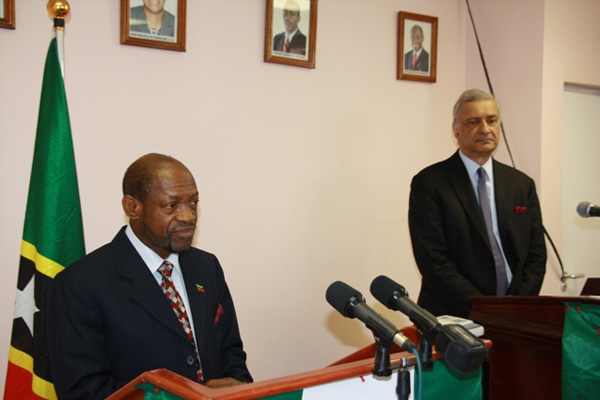 Both discussed progress on the meeting held with the international financial institutions of the IMF and World Bank in October.

Prime Minister Douglas led the Commonwealth Finance Ministers Taskforce to the meeting with the IMF and World Bank.

The aim was to draw attention to the vulnerability of small states, their high-indebtedness, open markets and the impact of exogenous shocks and the need to develop special mechanisms to support the survival of small states.

The Report will be presented at the upcoming Commonwealth Heads of Government Conference by Presidents and Prime Ministers of the 54-member nations.

The Commonwealth leaders meet every two years to discuss global and Commonwealth issues, and to agree on collective policies and initiatives. CHOGMs are organised by the host nation in collaboration with the Commonwealth Secretariat.