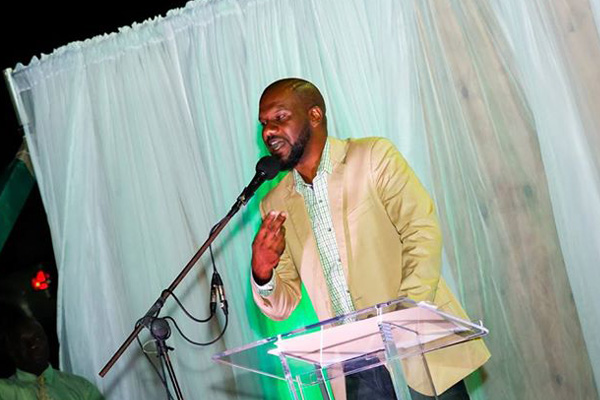 (ZIZ News) — The Nation’s leader used the most recent sitting of the National Assembly to again express his desire to work closely with the Government of Nevis, regardless of the political party in office.

He said however, that his Administration continues to encounter problems with the current Nevis Island Administration, led by the Concerned Citizens Movement [CCM].

“I believe that the member for Nevis 10 is being seriously challenged by a young man called Cory Tyson to become a member in this house for 10 and is expected to win as all the young people of Gingerland have vowed to support him because of the politics that they are seeing meted out to them by their representative. This is another big problem for this Unity concoction,” Dr. Douglas explained.

“I am very very appreciative of the endorsement by the Prime Minister. Team Cory has been very very busy, in and outside of the constituency and we’ve been working very hard. We have a great buzz going. If I were to conduct my own poll, I think that we’re in the lead but we are very busy, very active, very very visible and we have the buzz. Everybody wants to be on Team Cory and once again we are welcoming all,” Tyson said, adding that “All are welcomed whether it’s people of the NRP persuasion, CCM persuasion, green, blue, red, yellow it doesn’t matter. All are welcomed to join Team Cory. It’s all about moving Gingerland forward.”

Dr. Douglas also spoke of the performance of the Hon. Mark Brantley and claimed that while he would love to have a working relationship with Minister Brantley as the elected representative for the constituency of Nevis 9, he thinks the NRP’s Hon. Robelto Hector is better suited for the job.