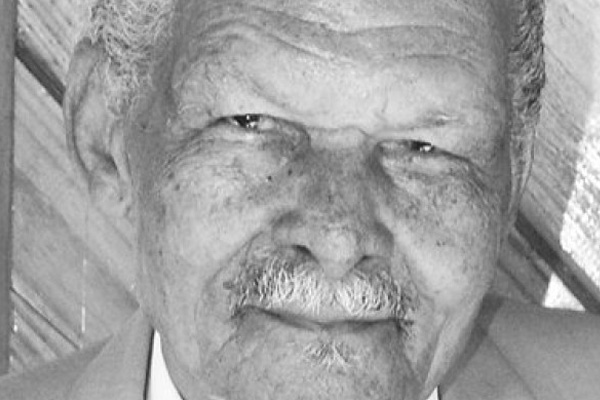 Prime Minister Douglas: “June 10th will forever have great significance in the history of St. Kitts and Nevis”

BASSETERRE, ST. KITTS (CUOPM) — St. Kitts and Nevis’ Prime Minister the Rt. Hon. Dr. Denzil L. Douglas on Tuesday weighed in on the June 10th 1967 attempted overthrow of the lawfully-elected Labour Government of Premier Robert L. Bradshaw by the then opposition People’s Action Movement (PAM) with the assistance of a group of Anguillians and four American mercenaries.

If the coup was successful then PAM leader, prominent lawyer, Dr. William V. Herbert Jr. was to be installed as Premier.

The PAM-owned Democrat newspaper which was on the newsstands on June 9th 1967 as June 10th 1967 was a holiday (Queen’s Birthday) in anticipation of the coup’s success had declared June 12th a Public Holiday.

Noting that this fact of history stimulated much detailed and impassioned discussions over the past week, the St. Kitts and Nevis leader said one thing that is abundantly clear is that the words “tenth of June” will forever have great significance in the history of St. Kitts and Nevis.

“And they will have great significance not only as a reminder of the anti-democratic and heartless extremes to which some were willing to go, to trample on the will of their fellow-Kittitian voters. The words “tenth of June” will forever have significance, more importantly, as a powerful reminder of God’s mercy and protection of the innocent,” Dr. Douglas said during his weekly radio programme “Ask the Prime Minister.”

He added: “Whatever negative and evil plans churned in the hearts of some on that night in 1967, there was a transcendent and awesome power protecting us all, a divine power that refused to allow us on this little island to be plunged into bloodshed, catastrophe and chaos.”

“We had a small taste of course, and we were all shaken up by the most unusual and most frightening goings-on, but Divine intervention caused mishaps and misunderstandings, confusion and miscommunication, mistaken sightings and late landings amongst all those who set out that night to do our people harm in order for those whom no-one had elected to overthrow the duly elected Labour Government, illegally take over the government, and illegally seize the commercial banks,” Dr. Douglas told listeners.

“So let us give thanks, today, for the protection and the mercies that were ours then, and that continue to be ours today,” said the Prime Minister who lauded the soldiers of the St. Kitts-Nevis Defence Force and the Royal St. Christopher and Nevis Police Force for defending the State.

The attempted overthrow and the installation of then PAM leader Dr. William V. Herbert Jr., as Premier are documented in books by Anguilla’s Revolutionary Leader and later Chief Minister of Anguilla in his book “A Scrap Book of the Anguilla Revolution” and “Anguilla’s Battle for Freedom 1967 – 1969” co-authored by Anguillians Colville L. Petty and A. Nat Hodge, a former Editor of the Democrat Newspaper, which is owned by the People’s Action Movement (PAM).

Anguilla’s Battle for Freedom 1967 to 1969 notes the high point of the Revolution occurred on 30th May 1967 with the expulsion of the St. Kitts Police.

A few days later, on 10th June, 1967, a party of armed Anguillans’ (and three American Mercenaries) landed on St. Kitts and carried out several attacks on the Defense Force Camp at Springfield, the Police Headquarters on Cayon Street in Basseterre and the Needsmust Power Station.

“The landing did not achieve its principal objective, the overthrow of Robert Bradshaw’s Government, but it had the effect of preventing St. Kitts from attacking Anguilla. The Anguilla Revolution ended on 19th March 1969 when British Forces invaded the island and established a British Administration headed by a British Commissioner,” said the co-authors, who said that “Anguilla’s Battle For freedom 1967 – 1969,” reflects the result of new research primarily through the interviewing of the those persons who were in the vanguard of the revolution and to whom we are greatly indebted.

The book again highlights the role of the opposition People’s Action Movement (PAM) in the rebellion in Anguilla and the failed armed attack on the lawfully-elected Labour Government of then Premier Robert Bradshaw.

“The sole objective of the prominent Kittitian lawyer was the capture of political power and leadership in St. Kitts. He thought it expedient to use the armed ‘might’ and revolutionary fervour of the Anguillian people to assist him in achieving it. Both of them had goals which they envisaged could have been accomplished by defeating their common enemy: Robert Bradshaw,” the co-authors wrote.

“Webster was grossly misled by opposition politicians in St. Kitts into believing that the majority of Kittitian were prepared to take up arms against their government. That illusion, together with his desire to do whatever it took to defend the Anguilla Revolution, convinced him to join forces with Bradshaw’s political enemies despite the advice of among the leadership of the Revolution. They were of the view that Bradshaw had done much good for the sugar workers, the working class of St. Kitts that he could not be removed by armed force,” the co-authors wrote.

It states on page 84, that the notion of attacking St. Kitts was the brainchild of Ronald Webster and a prominent Kittitian lawyer.

The plan outlined on page 85 included:

The capture of the Premier Bradshaw and Deputy Premier Paul Southwell, their transfer to Anguilla and the announcement by Reuben (Rubie) Gumbs, over the government-owned Radio Station ZIZ in St. Kitts that the prominent Kittitian lawyer was the new Premier.

The destruction of the Defense Force Camp, the capture of the Police Headquarters and the shutting down of the Power Station, all located in the St. Kitts capital of Basseterre.

The destruction of the island’s fuel depot situated in eastern Basseterre. The reasoning was that the setting on fire of the gasoline tanks would cause the police, the Fire Brigade and the people of Basseterre to concentrate all of their efforts and resources on preventing a major catastrophe, thus leaving Basseterre unprotected and making it easier for the Anguillians and the opposition forces in St. Kitts to occupy and control it.

The capture of the Revenue Cutter (used by the Police), the holding of its crew as prisoners and the takeover of the commercial banks in St. Kitts.

The co-authors said the detailed planning for the attack was worked upon in Anguilla and St. Kitts and discussed in St. Thomas, U.S. Virgin Islands, with two Anguillians, Reuben (Rubie) Gumbs and Clarence Rogers, who were to spearhead it.

“At about 10 ‘o’ clock one morning in the early June 1967, the Kittitian lawyer, passed by Lewis Haskin’s machine shop, in Corito where I was doing repair work on some engines, and ask me to captain the boat which was to take the men to carry out the attack on St. Kitts,” said the book in one of the seven chapters.

The co-authors stated that the information is as a result of extensive interviews with most of the men who took part in the attack, but while the names of the Anguillians are mentioned “the names of the Kittitians who were involved in the attempted coup have been withheld out of concern for their safety and that of their relatives.”