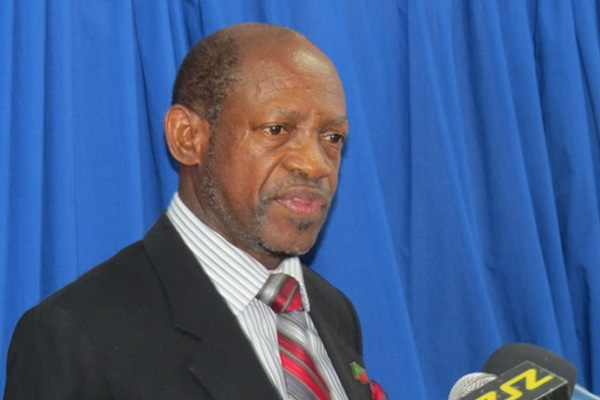 (ZIZ)– Prime Minister of St. Kitts-Nevis, the Right Honourable Dr. Denzil Douglas has stated that the advisory issued by the Financial Crimes Enforcement Network (FINCEN) on May 20th, 2014 is misleading.

The advisory was issued to alert financial institutions that certain individuals who have obtained citizenship for the country are abusing the Citizenship by Investment [CBI] Programme to facilitate financial crimes.

The advisory states that although the St. Kitts and Nevis government had announced a suspension on issuing passports to Iranian nationals, they continue to obtain passports. However, in Wednesday’s Press Conference, the Prime Minister said that the advisory is misleading and that the Iranian national of interest had applied for citizenship in 2012, before the programme had made changes.

He said, “The two cases that were referenced in that report, as I said before publicly, would have been misleading reports. The first case, as an Iranian who is said in the report was able to obtain a passport after we had issued our own statement to the world that we were not processing Iranians. We, having checked our records and making reference to that in particular, realized that that person was issued his passport but he had been a citizen since 2012 but received his passport in 2014 January which is what is referenced there.”

The Prime Minister continued and explained why he thought the advisory was misleading.

“The fact is that this young man and his family were processed before 2013. In fact, he became a citizen in 2012 and naturally, however, had to have his passport especially during that intervening period. There was nothing found in regard to him circumventing the established rules and regulations with regard to the granting of citizenship and thus, the acquisition of his travel documents,” the Prime Minister explained.

Prime Minister Douglas said the national was not a person of interest on the Office of Foreign Assets Control [OFACT] list which is used to guide the programme before passports are issued.

“When they were granted citizenship, the OFACT list, and nothing at all that we had checked in terms of their due diligence, flagged them as being of necessary concern to us or to the US with regard to their list. However, we notice that a list that was published in May of this year did include them on that list.”