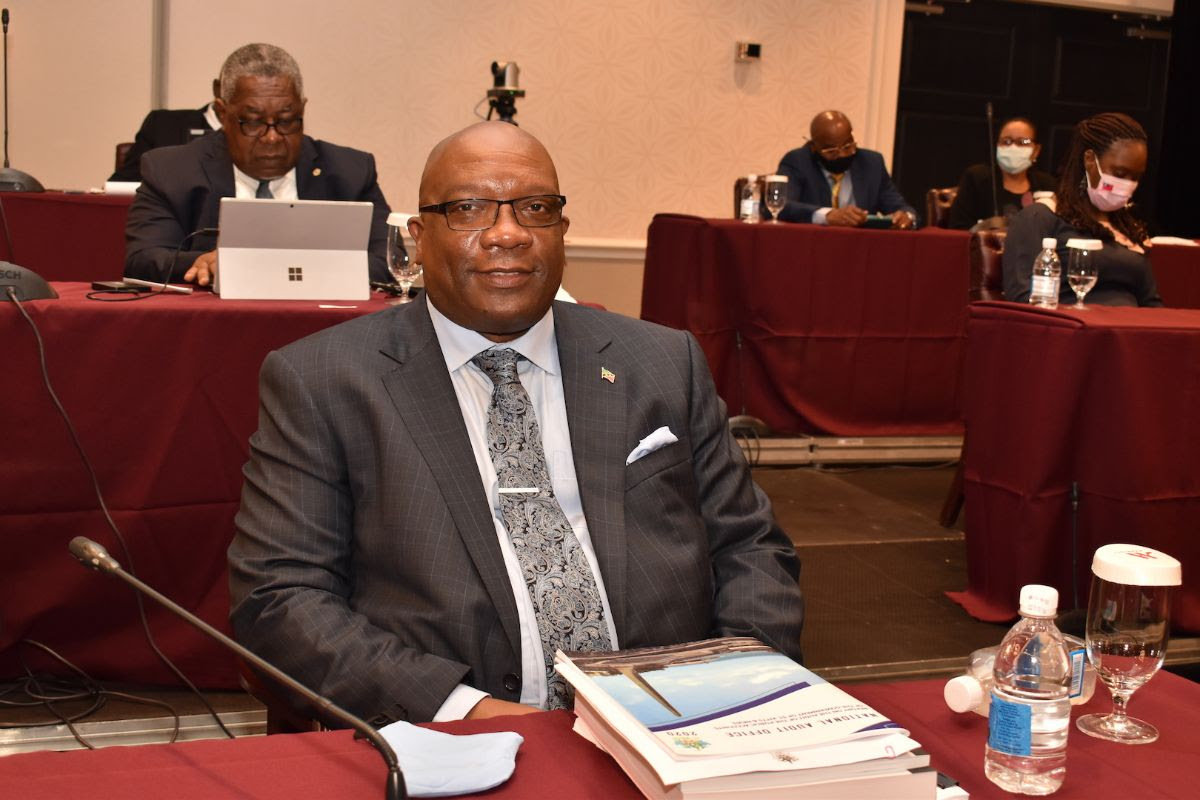 BASSETERRE, St. Kitts, December 14, 2021 (Press Unit in the Office of the Prime Minister) – Civil servants across St. Kitts and Nevis received exciting news earlier today (Tuesday, December 14), as Prime Minister and Minister of Finance, Dr. the Honourable Timothy Harris announced the payment of a double salary before the end of this month.

The surprising announcement, which was met with a resounding round of applause, was made during the 2022 Budget Address delivered by Prime Minister Harris during a Sitting of the National Assembly at the St. Kitts Marriott Resort.

In making the announcement, Prime Minister Harris said, “Mr. Speaker, we do so for a number of reasons. But importantly, we are a compassionate Government. We understand that even as we speak or we meet here, thousands of persons are still suffering, thousands of persons are still not fully engaged in our hotels and our restaurants. We appreciate that, and they need some help. We appreciate that although we have been unique in protecting the jobs of nigh ten thousand people or the income—our civil servants, our GAE workers, and our pensioners—protecting their flow by not laying off persons [because they have families] and many of our civil servants have now become the sole income earner in their families and extended families.”

The prime minister added that another reason behind his Government’s decision to pay this extra-month salary is that it will generate much needed economic activity and help the country’s economy get back on track.

“We are hoping that by this generosity, by putting more monies into circulation – some $35 million-plus in circulation – that we will see the impact of this new wave of aggregate demand in the restaurants, in the supermarkets leading to higher demand for labour and for putting our people at work,” the Finance Minister said.

More than three thousand workers under the Skills Training Empowerment Programme (STEP) in St. Kitts and Nevis are also expected to benefit from the payment of the double salary this month.

Prime Minister Harris has also urged the Boards and Management of the Statutory Bodies, where they have the means to do so, to pay a double salary or bonuses to their staff.

This month’s payment of a double salary will mark the fifth such payment made by the Dr. Timothy Harris-led Team Unity Government since taking office in 2015.