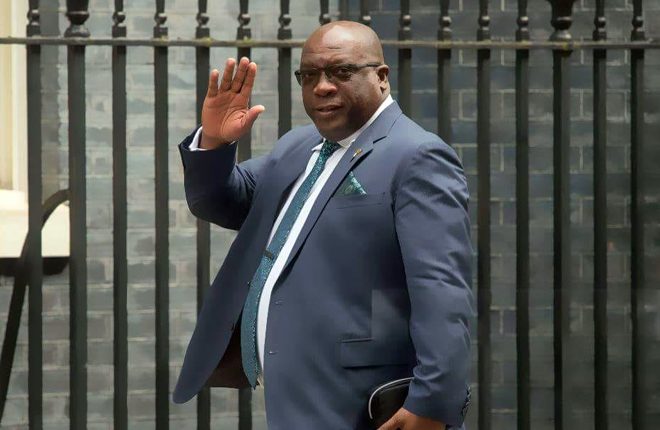 Dr. the Hon. Timothy Harris, Prime Minister of St. Kitts and Nevis is seeking the intervention of UK Prime Minister Theresa May in ensuring that the discrimination against UK pensioners returning to their country of birth is brought to an end.

Prime Minister Harris used the occasion of a CARICOM Heads meeting with the UK Prime Minister to champion the cause of many nationals of the region who, having given years of service in the United Kingdom, now find themselves disenfranchised, as they are denied the cost of living adjustment that their peers, who opt to reside in the UK receive.

Prime Minister Harris said it was unfair to deprive pensioners of said adjustment at a time when they need it most. With the fall in value of the pound sterling over time, UK pensioners living in St Kitts and Nevis and other OECS countries have been forced to accept lower pensionable benefits than they would have been accorded, had they remained in the United Kingdom.

The UK Prime Minister promised to investigate the matter. She indicated that other pensioners, other than those of CARICOM suffered similar fate.

Prime Minister Harris said the family values of the Commonwealth must lead to a more compassionate response.

The St Kitts and Nevis diasporic community on Sunday last, had requested the Prime Minister to advocate on their behalf for a discontinuation, from their perspective, of a discriminatory UK pension policy. When the opportunity presented itself two days later at #10 Downing Street, Prime Minister Harris raised the matter with his UK counterpart, Prime Minister May, thus fulfilling his commitment to do so. Prime Minister Harris intends to submit the matter formally in writing as a follow up to his intervention at the meeting.