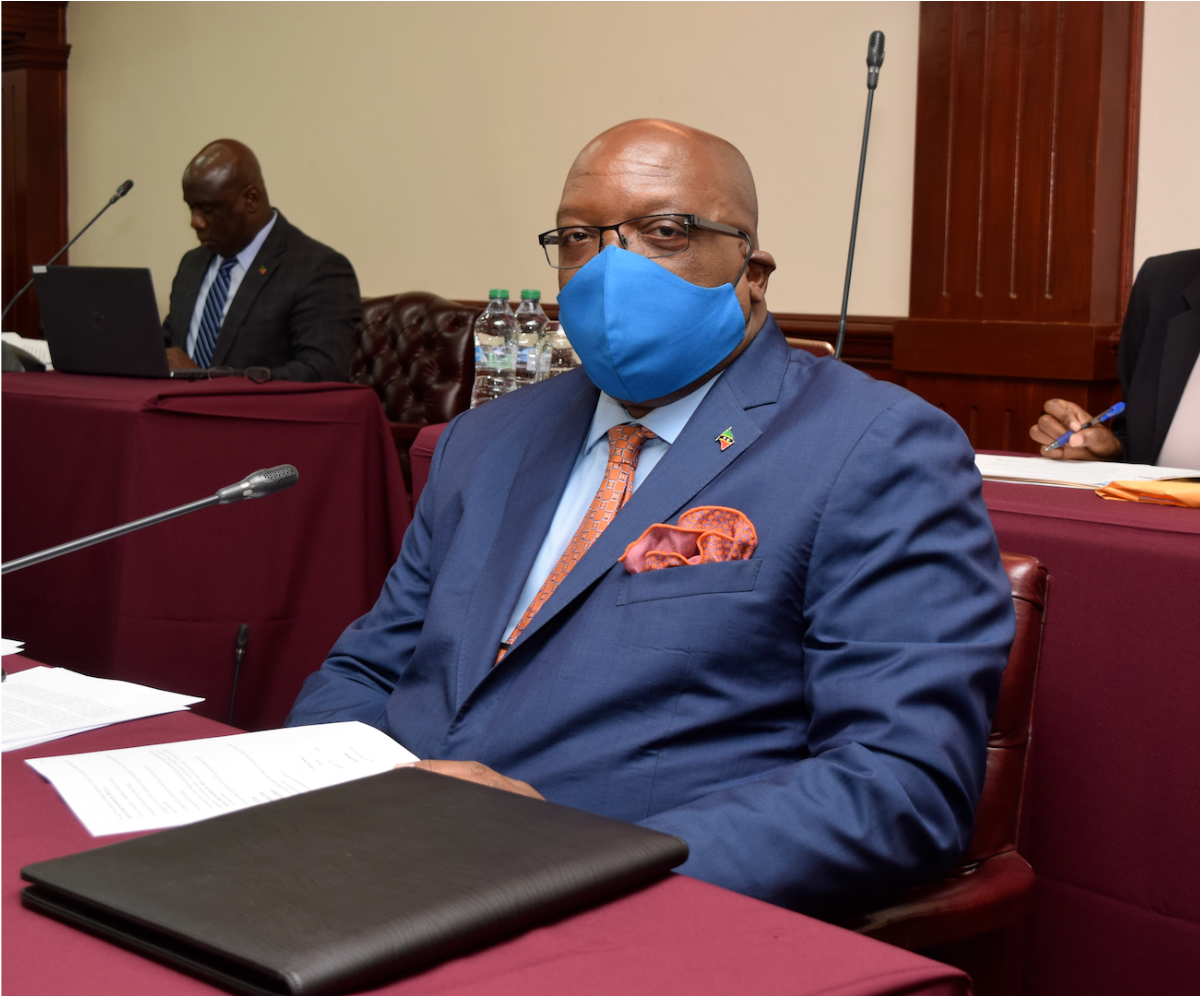 BASSETERRE, St. Kitts, November 17, 2020 (Press Unit in the Office of the Prime Minister) – Prime Minister and Minister of Finance, Dr. the Honourable Timothy Harris, has reaffirmed that the Government of St. Kitts and Nevis has no intention of introducing Personal Income Tax or increasing Corporate Income Tax.

The prime minister made this statement during the Tuesday, November 17 Sitting of the National Assembly in response to the misinformation that is presently in the public domain surrounding the tabling of the Income Tax (Amendment) Bill, 2020.

Prime Minister Harris said the Amendments to the Bill seek to clarify the application of taxation to ensure full compliance with international good governance standards.

“Specifically, Mr. Speaker, the Amendments will ensure that we meet our commitments to the EU and the Organisation for Economic Co-operation and Development (OECD) and avoid the reputational damage and consequential financing costs which come with blacklisting. As a responsible Government and highly respected member of the international community my Government cannot shirk from our obligations even when they are inconvenient,” Dr. Harris stated.

The prime minister further noted that this is not the first time legislative amendments are being made in St. Kitts and Nevis in response to changing international regulations and practices.

Prime Minister Harris said, “Over the last 20 plus years, the country’s National Assembly has had to make amendments to a range of Tax regimes that was deemed inconsistent by the EU or OECD. At the level of the Nevis Island Assembly, it too has had to respond with amendments to the Nevis Business Corporation Ordinance and the Nevis Limited Liability Company Ordinance in order to ensure compliance with international tax good governance principles.”

“Our efforts over the last four years to act in a timely manner led to St. Kitts and Nevis in February 2020 being removed from the EU’s list of non-cooperative jurisdictions,” Dr. Harris added.

The honourable prime minister said the records will show that his Team Unity administration over the last five years has managed the country well, achieving unprecedented surpluses year after year, without introducing one single new Tax measure.

“We are a Government disposed to keeping taxes low. The record is also pellucidly clear that for the last five years my Team Unity Government has not introduced any new taxes. Instead, we have reduced the tax burden of our people by removing VAT from all food items, educational supplies and funeral expenses. Mr. Speaker, we went even further and more recently, as part of our stimulus package in response to the negative impact of COVID-19, we have instituted a series of tax breaks for the benefit of taxpayers large and small,” Prime Minister Harris said.

The Government’s comprehensive stimulus package provided for the removal of VAT and Import Duty on additional hygiene items and the removal of Import Duty and Customs Service Charge on selected food items for a period of six months; reducing the Corporate Income Tax rate from 33 percent to 25 percent, and reducing the Unincorporated Business Tax rate by 50 percent, from 4 percent to 2 percent, for a period of six months.