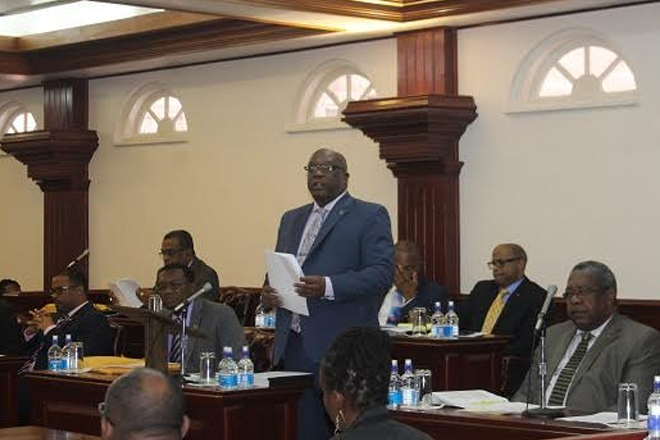 Following the Budget presentation, ZIZ News spoke with Prime Minister Harris about what he thought were the key elements of this year’s presentation.

He stated that in that Budget, the government attempted to reaffirm its commitments to the people.

“People will be at the centre of all that we do as a government. I believe that I was able to clearly articulate that and to articulate, more adequately what the fresh start and Prosperity Agenda is about, development, putting people first, ensure that in all areas of human endeavour we can give particularly to young people the opportunity to do much better than those who went before them,” he said.

The nation’s leader noted that the budget was a collaborative effort as ideas and suggestions were secured from other government officials, and members of the private sector.

He said “We had input which we take on board which came from the national consultations which we held perhaps two months ago or thereabout at the Marriott Hotel. You would have heard in the Budget that I made reference repeatedly to areas in which we shall collaborate and cooperate with the Chamber of Industry and Commerce in revising and revamping the PEP programme.”

According to the Prime Minister, the government also had support from the civil society, including institutions such as Ross University, the Hotel and Tourism Association, churches, and individuals.

One of the attendees, Eustace Maynard, commended Dr. Harris for his presentation.

He described it as “excellent” and said the packages will enhance, develop and advance the lives and people of the Federation.

Non-tax revenue, of which CBI fees are said to be largest element, should generate $206.1 million and budgetary and capital grants are projected to be approximately $86.2 million.

All of the categories, Dr. Harris explained, will generate a total revenue of grants for 2016 in the amount of $694.5 million.

On Wednesday, parliamentarians will return to National Assembly Chambers for the budget debates.