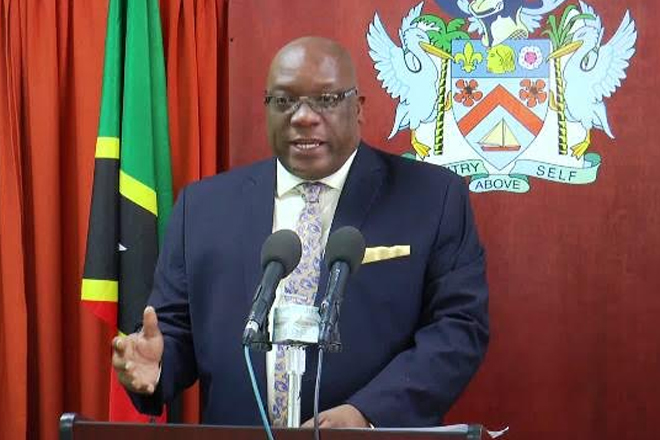 (ZIZ News) — Economic growth, the status of the Sugar Industry Diversification Foundation [SIDF], labour laws and safety and security were among the heavy items addressed by the country’s Prime Minister, Dr. Hon. Timothy Harris when he met with media professionals at a press conference, the first for 2016.

Held in the Parliamentary Lounge at Government Headquarters, the press conference was chaired by the Prime Minister’s Press Secretary, Clecton Phillip who had been the topic of discussion in mainstream and social media over allegations that he had resigned from his post.

“Mr. Clecton Phillip will leave the office of the Press Secretary by mutual agreement on the completion of the agreed period of service. We will, in time, determine where best his services can be further utilised,” Dr. Harris explained.

When asked to comment on the Antigua and Barbuda Government’s recent decision to grant early release to more than 100 prisoners in light of overcrowding at the prison facility, Dr. Harris said his administration will not take a similar approach.

He said rather, they remain committed to constructing a new prison facility here.

“Our solution has been that we will, as proposed…build a brand new prison and that prison will provide for rehabilitative work to be done by the prisoners that when they leave, they have the best chance of being able to find gainful employment, whether as self employed persons or otherwise, so that they could, as it were, have an opportunity to become good citizens, having paid the price for the breaches that they would have done to the laws,” Dr. Harris explained.

The People’s Employment Programme [PEP] also received much attention during the press conference. Dr. Harris made it clear that the programme will not be dissolved but his administration will continue to take significant steps in having it restructured.

“There will be no end to the PEP programme in the sense that it will suddenly disappear so I can’t give you a time frame. That is why we are talking about restructuring, reorganising it because we believe that whatever we ultimately call it there is a need for some form of training to be available on a consistent basis,” he explained.

Dr. Harris revealed that since mid-December, 58 persons who formed part of PEP had gained full time employment within the private sector.