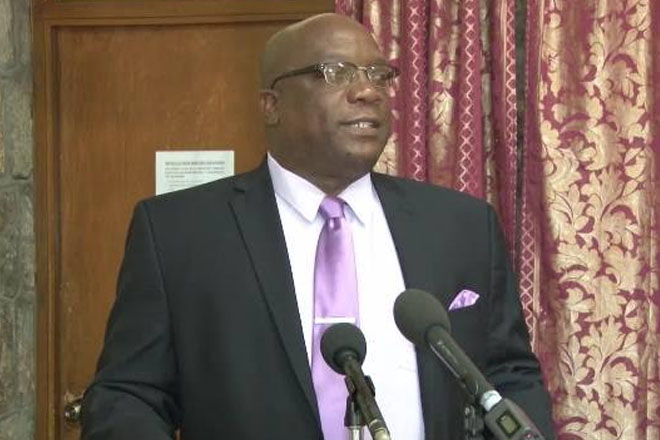 (ZIZ News) – It was a show of commitment to the entire police force when Nevis’ Premier and Minister responsible for Safety and Security, Hon. Vance Amory, together with the country’s Prime Minister, Hon. Dr. Timothy Harris, met with the force’s division on Nevis.

Very early, he lauded the officers for their commitment.

“I should thank you all because I know at this time in particular, it is a most challenging time for people involved in the armed forces, in the defence forces and the law enforcement generally in St. Kitts and Nevis. And yet, we look to you as we must, to protect and to serve all the people, residents and citizens of St. Kitts and Nevis,” Dr. Harris said.

The nation’s leader told the officers that they should never let challenging circumstances, such as resource shortage; prevent them from being great officers.

Meantime, Premier Amory made it clear that while his government intends to work closely with the police force, it is not their intention to interfere with the force’s operations.

He said, “Based on some of the outcomes which we’ve had, the Prime Minister and the Team UNITY Government are very serious about the matter of having the police engage in the performance of its duty without interference, without any type of undue influence.”