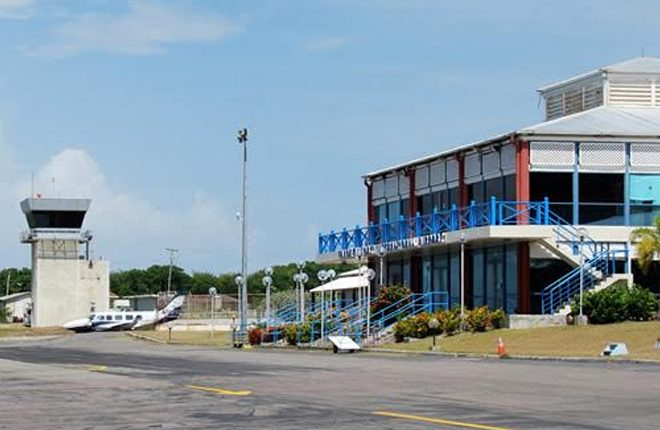 (PRESS SEC) — Prime Minister Dr. the Honourable Timothy Harris announced at his press conference last Wednesday, October 26th that transfers to the Nevis Island Administration (NIA) by the Federal Government under the budgetary support arrangement total $40 million to date. Six monthly transfers of $2.5 million were allocated in 2016, adding to the $25 million allocated in 2015.

The budgetary support has enabled the completion of vital capital projects, such as the extension of the Veterinary Clinic at Prospect Estate. The groundbreaking ceremony for the expansion of the clinic, which falls under the NIA’s Ministry of Agriculture, was held on January 30th, 2014, and the work was completed in the first half of 2016.

The monies have also been used to assist with the construction of a cafeteria to support the School Meals Programme at the Jocelyn Liburd Primary School in Gingerland. This cafeteria became operational in September 2016.

The funds have also facilitated expansion work at the abattoir, which resulted in the addition of a processing room. Previously, a single space was used to cut and process meat.

The Permanent Secretary in the Ministry of Finance in Nevis, Mr. Colin Dore, told the Press Unit in the Office of the Prime Minister yesterday, Thursday, November 3rd, that the St. Kitts-Nevis Sugar Industry Diversification Foundation (SIDF) also allocated $12.5 million to Nevis this year.

The disbursement by the SIDF aided substantial renovation work to the runway of the Vance W. Amory International Airport, which was completed one week ago at the cost of $4 million. $1.2 million of the SIDF funds has also been put towards refitting the air traffic control tower with a brand new telecommunications system.

Mr. Dore said yesterday that the SIDF has committed a total of $9 million to fund a diagnostic wing at the Alexandra Hospital. The Permanent Secretary also reported that a contract for the works has been awarded, so the construction of the diagnostic wing will start shortly.

Additionally, the SIDF has committed a total of $6 million for the reconstruction of the building that used to house the Inland Revenue Department and the Treasury. Work on the building, which was gutted by a fire on January 17th, 2014, will start during the first quarter of 2017.

The St. Kitts-Nevis Sugar Industry Diversification Foundation (SIDF) has also committed a total of $6 million for a water taxi pier at Oualie Bay in Newcastle, Nevis, which will be operated by the Port Authority. This pier will enhance the ease of transportation between the two islands. It is also anticipated to generate positive spillover effects in entrepreneurship and employment for fishers and farmers, for example, particularly as the nearby Park Hyatt St. Kitts at Christophe Harbour will open on March 1st, 2017.

Finally, the SIDF has committed USD$5 million for the purchase of a generator at the Nevis Electricity Company (NEVLEC) power station. The Ministry of Finance in Nevis has drawn down ECD$5 million, to date, for this purpose.

The people of St. Kitts and Nevis predominantly view the Federal Government’s commitment to provide regular budgetary support to the Nevis Island Administration as essential to nation building.

Ms. Yolande de Castro, President of the Nevis Alliance Progressive Society (NAPS) of the British Virgin Islands, said on Saturday, October 22nd – after hearing the Prime Minister speak at a town hall meeting in Road Town, Tortola about the budgetary support arrangement – that, “As a Nevisian, I am proud to know that there is so much taking place in the Federation, where the Team Unity Government is making such a great impact on the island of Nevis, and we Nevisians can say that we are proud to see so much progress that is taking place because of Team Unity.”