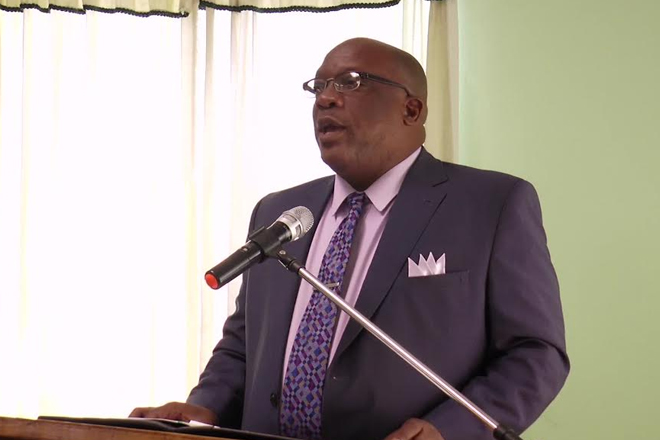 Prime Minister Harris delivered an address to the officers in his capacity as Minister of National Security and formally introduced the new Police Commissioner, Ian Queeley.

He congratulated the new Commissioner and expressed faith in his leadership skills, stating “He has good qualifications, he has attended some of the best schools, Bramshill, the FBI and so on and he has done well. We have given him this opportunity which I frankly believe he deserves. He deserves to lead the force to a new level.”

Prime Minister Harris then urged all citizens and residents of St. Kitts and Nevis to lend support to the newly appointed High Command.

“I am confident that the team that we presented to the country and I on behalf of the government can really take us forward for the next 3 years and I want you to give them your fullest support,” he said.

Permanent Secretary in the Ministry of National Security, Osmond Petty facilitated a brief question and answer segment which gave officers a chance to speak candidly with the new Police Commissioner and Prime Minister Harris.