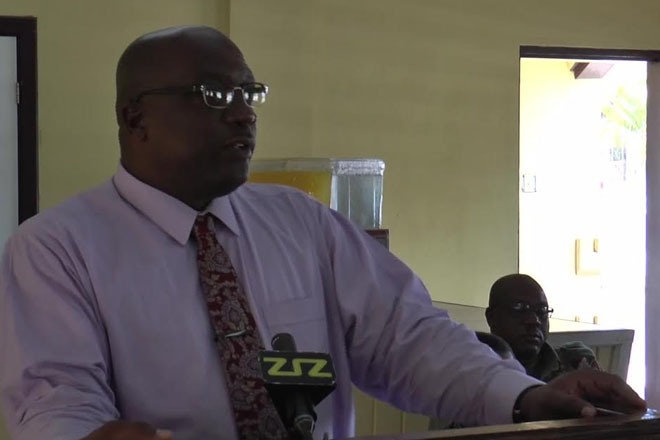 (ZIZ News) — The soldiers of the St. Kitts-Nevis Defence Force got a chance to speak about their concerns and grievances on Wednesday when Prime Minister, the Hon. Dr. Timothy Harris held discussions with them.

The meetings took place at the Force’s Headquarters at Camp Springfield and at the Coast Guard Base in Bird Rock.

Prime Minister Harris said the aim is to provide a forum where any soldier can speak freely about issues and expectations about life in the force.

“And so, we all are glad to be here and to listen to you this morning to hear from you directly of your concerns, your needs and to see how we can work together to ensure that your conditions of work are being satisfactory and that your own expectations about life in the Defense Force can be reasonably met,” he said.

He also commended them for the part they have played in recent efforts to reduce crime in the federation.

“Your role is extremely important, important to the continuing delivery of the peace and safety of our two islands. As a result of some very intensive and extensive programs that have been implemented, we have had a good fight back from the security forces against those who are engaged in lawlessness,” he said.