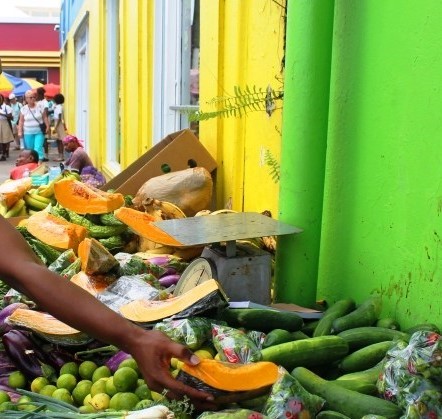 During his Monthly Press Conference on January 14 held at the National Emergency Management Agency (NEMA), he stated that “The matter of vending has been a source of concern for quite some time.”

He said that these vending facilities overcrowd the streets of Basseterre and expose the differently-abled and elderly to risks and hazards by their nature of being improperly placed.

Prime Minister Harris explained that the Government of St. Kitts and Nevis is in favour of small people having legitimate trade, however, he explained that “what is taking place in Basseterre is not consistent with our vision of a beautiful and friendly city, which allows pedestrians and motorists orderly, easy and safe access through the city.”

He continued, “To regain the best of beautiful Basseterre, Cabinet has approved an Inter-Ministerial Committee to examine and report on the matter of street vending.”

“The Committee will include representatives from the Building Board, Ministry of Sustainable Development, Justice and Legal Affairs, two vendors, the Royal St Christopher and Nevis Police Force, Ministry of Agriculture, Chamber of Industry and Commerce, the Transportation Board, the Inland Revenue Department and the Ministry of Health,” said the Prime Minister.

The Prime Minister says that his Government intends to address the matter of vending in a comprehensive manner.