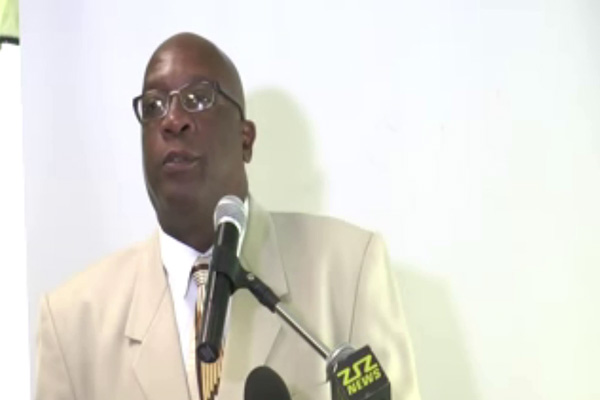 (ZIZ News) – As he continues to motivate the Nation’s police officers, Prime Minister and Minister of National Security, Hon. Dr. Timothy Harris said there should be more incentives to compensate for the sacrifices made by members of the Royal St. Christopher and Nevis Police Force.

On Wednesday, Dr. Harris listed some of the ways in which police officers can be further compensated.

“I want to hope that for many of you, this period with some respect of sacrifice you have given being on the frontline, exposing your lives, your families, that you get some reward for staying on, serving as police officers. And we need to relook what we are giving to you for doing the work. Maybe there could be more rewards more incentives, more money in your pockets so that you can do more,” the Prime Minister stated.

Dr. Harris, whose comments came as he met with members of the police force at NEMA’s Headquarters, said he likes the approach of the Nevis Division which honours outstanding constables in an awards ceremony.

“Maybe we have to do what they have been doing in Nevis every year, finding the best of the best among the officers on the frontline and to say publicly thank you to them so that their work can be modelled, worthy of emulation by the rest of the Force. We are offering to you and to your command a new beginning. Whatever may have been the challenges of the past, the past is now gone. What we have now is the present and the future,” he said.

Dr. Harris showed empathy for police officers who are parents and whose jobs cause them to spend long hours away from their children.

He said the additional incentives will help children realise that their parents’ work is not in vain.