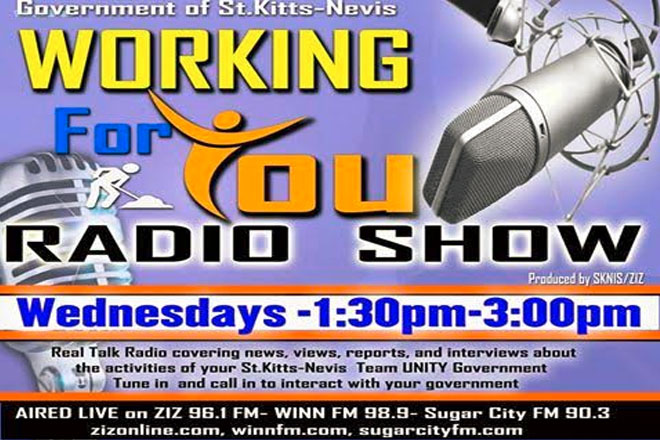 (ZIZ News) — It is confirmed, the country’s Prime Minister, Hon. Dr. Timothy Harris will be the first guest on ZIZ’s new radio programme “Working for You”.

That show, which is expected to highlight the work of the Team UNITY-led Government, will be hosted by Lesroy Williams of the St. Kitts and Nevis Information Service.

ZIZ’s General Manager, Clement O’Garro has confirmed that the show will air live in his company’s studio on the 96.1FM frequency and air simultaneously on WINN FM and Sugar City Rock.

Freedom FM and VON Radio are expected to rebroadcast the programme on Thursdays, from 7:30am to 9am on Freedom FM, and from 10am to 12pm on VON Radio.