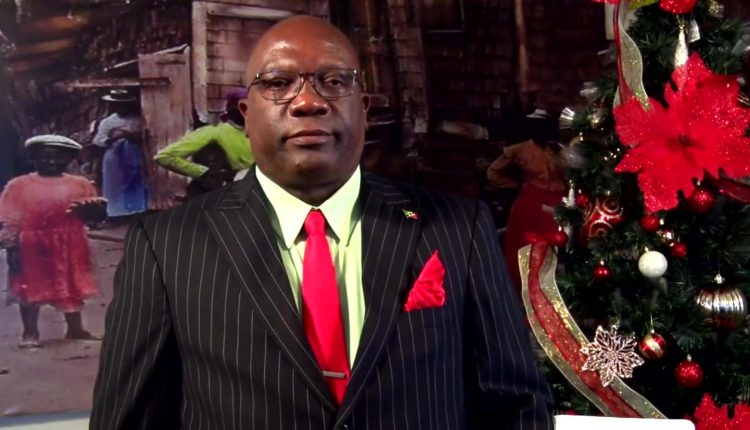 ZIZ News (Chaïra Flanders) — Prime Minister of St. Kitts and Nevis Dr. Hon. Timothy Harris says he is pleased that senseless killings by gun violence have ceased as 2019 comes to an end.

Prime Minister Harris was at the time delivering his Christmas Day address to the nation on Wednesday December 25.

He said “senseless killings happened too frequently and for too long in the absence of a well thought out, holistic plan to contain and curb it.” Much of the violence he said is as a result of juvenile delinquency, gang activity and underemployment. Prime Minister Harris then reported on the decreasing crime statistics in St. Kitts and Nevis.

He said, “I am happy to report that major crimes in the Federation have fallen significantly for the year so far when compared to the comparative period in 2018. Indeed, most importantly, homicides have fallen most dramatically by 48%”.

Dr. Harris said the joint collaboration between residents and citizens and security forces has contributed to the significant decrease in gun violence and an increase in the development of at-risk youth.

“With the help of a group of concerned citizens and residents working in collaboration with our security forces and other entities, many of our at-risk young men have now developed their ideas into viable business plans and received seed funding for projects that run the gamut from agriculture to landscaping, nature tours, car rentals and other legitimate entrepreneurial activities”, he added.

He also noted, “Helping at-risk youth is high on our list of priorities, and our efforts have helped us to build safer streets and communities.”

As he wrapped up his Christmas message to the nation, St. Kitts and Nevis’ Prime Minister encouraged all to lend their support to the security forces and essential workers as they work to keep both the Christmas and Carnival seasons safe and peaceful.