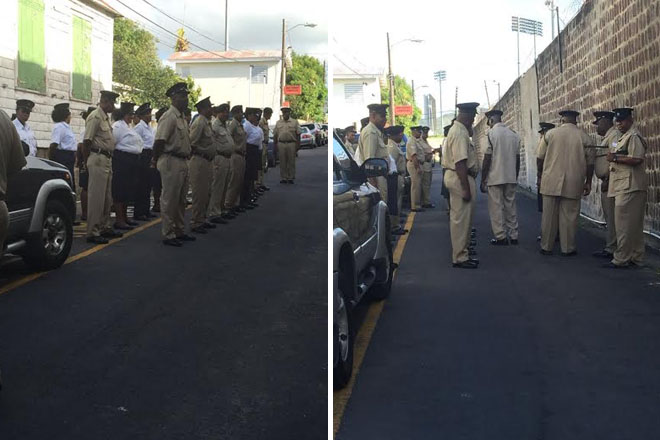 (ZIZ News) — Her Majesty’s Prison is continuing to undergo changes and a number of firsts under the supervision of Superintendent Junie Hodge.

Most recently, the officers at the prison participated in a parade and lecture attended by Commissioner of Police Ian Queeley and visiting justices.

According to Superintendent Hodge, the activity was held to enforce the prison’s disciplinary code of conduct.

He said, “The parade and lecture is really part of the disciplinary aspect of the institution. The officers would usually parade on the street opposed to the residents who have regular parades inside of the facility.”

He called the event a success, commending the prison officers for their participation.

“In my view the parade and lecture went down well. Officers participated; they put out a good effort. The lecture really was to renew officers’ commitment– not to the superintendent, but to their duties and to the regulation which governs the institution,” he said.

Superintendent Hodge and Commissioner Queeley took the parade salute in front of the prison gate on Cayon Street.

According to the Superintendent, the parade is expected to take place every two months and also serves as practice for the prison officers who will march during the independence parade in September.