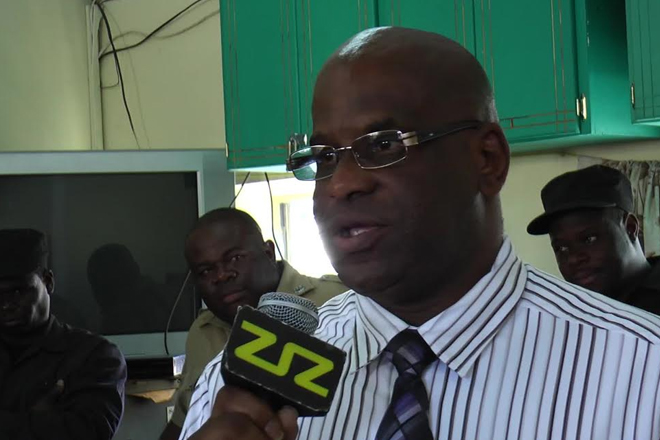 (ZIZ News) — Inmates at Her Majesty’s Prison are being given the opportunity to participate in rehabilitation programmes offered by the prison.

Gumbs said based on reviews, the workshop made a positive impact on the inmates.

“Some of the inmates are incarcerated for that same offense so for some of them it was rather enlightening and they would have suggested during the workshop that it was an eye opener for most of them and it gave them a different perspective as to how to deal with women and young girls when it comes to domestic violence,” he said.

He continued “Some of the things they would have done back then, in retrospect they say they would not have done that now because of what the workshop was able to portray to them and it gives them a better understanding as to what this whole thing about domestic violence is all about.”

Gumbs also spoke of the prospect of inmates taking the CSEC and CAPE examinations.

‘We have about 7 persons who will be doing CSEC subjects in English, Principles Of Business, Principles Of Accounts and Economics and just recently, we have started the cape programme where I think about 16 to 20 inmates are now doing the first part of that CAPE programme,” he said.

Remedial education is also offered to inmates who dropped out of school at an early age.