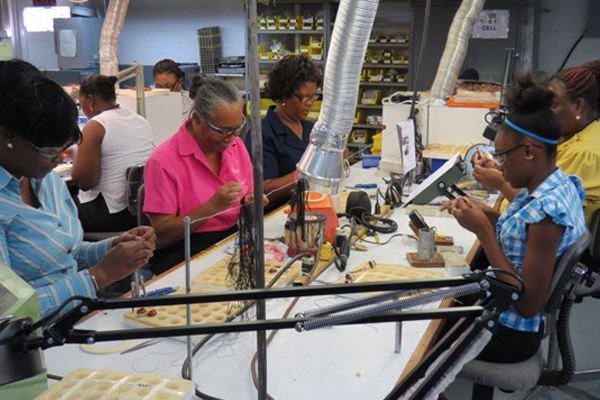 Proposal made for capitalisation of Severance Fund for Industrial Workers gratuity

Basseterre, St. Kitts (CUOPM) – The severance fund for workers employed on the industrial sites workers who wish to end their tenure of service after 10 years, is being capitalised.

Responding to a question from a female caller on his weekly radio programme “Ask the Prime Minister,” Dr. Douglas said that the severance fund is presently being worked on to be properly capitalised by the Ministry of Finance and the Ministry of Labour in order to ensure that the payments can be made for those who wish to leave the service after they have worked for 10 years and more on the Industrial Estates.

“I know there seems to be a bit of contradiction with what you might have been told from other sources. The policy is in place. It is already rooted in legislation. We have a proposal presently before the Ministry of Finance to identify the amount of money that it will take in order to satisfy not only those who have been retrenched over the last few weeks and months, but those who wish to retire from one particular job after 10 years and find some other form of employment,” said Prime Minister Douglas.

He emphasised the commitment made by his government, especially to those on the industrial estates.

“We gave a commitment that if they wish to move to another career path, they should be encouraged to do so. A lot of them have been working for 20 to 25 years. In fact when i visited the Harowe Servo r API factory last week Wednesday, I met a worker – a young lady – who was there from the very beginning and I am almost certain that she said she was there for about 40 years,” said Dr. Douglas.

That employee he noted wishes to continue because she likes what she is doing.

“She is involved in manufacturing, in high-tech manufacturing, but there are others who have been working for more than 15 and 20 years and who would want to move. They were unwilling to move on because they said they will get nothing if we leave and so we have made that right by putting in place, this new gratuitous payment from the severance fund that will be paid to all workers in this country who after working for 10 years and more in a particular establishment, wish to move on with their lives. So that is in place. We are just finally trying to capitalise the fund,” said Dr. Douglas.