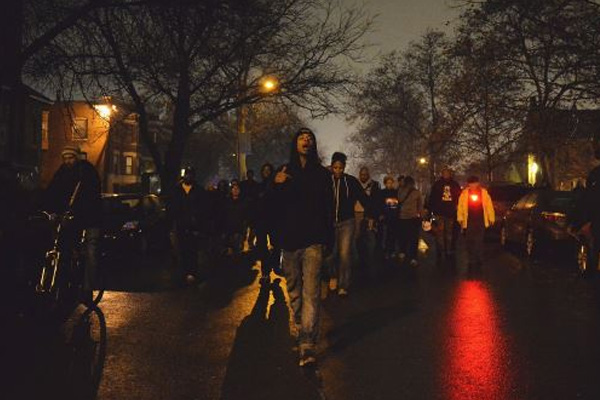 Protests over Ferguson ruling spread across US

Angry people took to the streets from Seattle out west to Chicago in the middle and New York, the nation’s largest city, as the hotspot town of Ferguson, Missouri — where the decision was rendered — roiled with rioting.

Not long after President Barack Obama appealed for calm over the hotly awaited ruling in Missouri in the case of slain teen Michael Brown by white policeman Darren Wilson, several hundred people gathered in front of the White House.

They chanted slogans such as “Hands up, don’t shoot” and waved banners saying “stop racist police terror” and “Justice for Mike Brown”.

That demonstration was peaceful, unlike violence that broke out in Fergusonitself in which a police car was torched, stores were looted and police fired tear gas to disperse angry black demonstrators.

The rally outside the White House dispersed after midnight but demonstrators headed elsewhere, possibly toward the US Capitol, the seat of Congress, AFP correspondents observed.

Some people likened police to the white supremacist group the Ku Klux Klan.

The police presence in New York City was heavy. A helicopter flew overhead. Another rally was held in the city’s Union Square.

New York City police chief Bill Bratton made an appearance at the Big Apple’s signature crossroads Times Square, where someone splashed him in the face with a red liquid.

Other protests were held in major cities such as Boston, Chicago and Los Angeles. In Oakland, California, which has a large black community, protesters blocked a highway. But in these cities there were no immediate reports of violence.