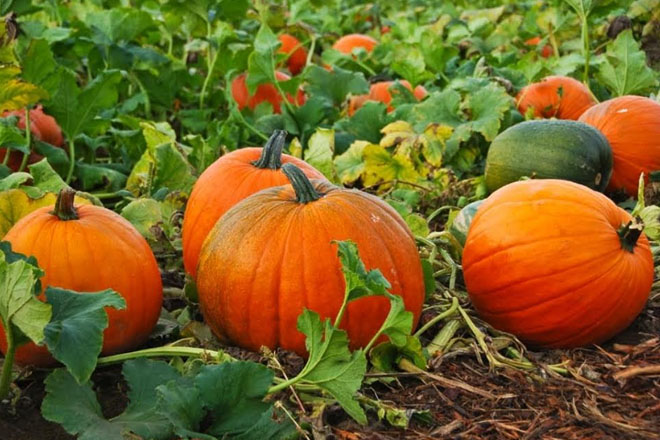 Pumpkin to be showcased for Restaurant Week 2016

Basseterre, St. Kitts, April 08, 2016 (SKNIS): The versatility of the pumpkin will be showcased over the next three months as the Department of Agriculture launched the National Pumpkin Challenge: “Pumpkin Sweet” on Friday April 08. The competition falls under the umbrella of the St. Kitts and Nevis Restaurant Week Challenge which will be held in July.

In an interview with the St. Kitts and Nevis Information Service (SKNIS), Alphonso Clarke, Communications Officer at the Department of Agriculture, hailed the value of pumpkin.

“This is an annual competition that is done to select the best dish for Restaurant Week,” he said. “This year we chose pumpkin as the main ingredient because of the availability of the commodity, as well as because pumpkin is one of the commodities that the Department of Agriculture will be promoting for the export market.”

The communications officer praised the local farmers and said that they are very capable and able of producing pumpkin to supply both local and regional markets.

Clarke noted that the winner of the challenge will be chosen by judges from various backgrounds in terms of experience in the food industry, such as hotels, restaurants and vendors. He is appealing to all citizens and residents to use this occasion to get their dishes exposed, as registration for the competition begins today, Friday, April 08, and ends on Friday, April 22.

“I therefore encourage the general public to register to take part in this competition,” he said, while adding that the winner will have his/her name published and his/her signature dish featured during Restaurant Week.

The communications officer touched on the closure of the sugar industry in 2005 and noted that since then, the mandate of the Ministry of Agriculture has been the provision of services for the development of sustainable livelihoods in Agriculture.

“The new paradigm for agricultural development set out in the ministry’s new Agricultural Development Strategy (ADS) for 2011-2015 envisions sustainable agriculture as a vibrant and diverse system that contributes to food and nutrition security, supports viable livelihoods and enhances environmental sustainability and adaptation to climate change,” he said. “Therefore, the Government of St. Kitts and Nevis and the Ministry of Agriculture named the promotion of pumpkin as one of its priority areas. It is consistent with the country’s need to enhance food security and to support rural and enterprise development.”

In June 2015, Maureen Stapleton who is known for her creative use of breadfruit, won with her signature breadfruit chowder and breadfruit rolls. She was named winner of the St. Kitts and Nevis Restaurant Week Breadfruit Challenge and her dish was featured on the menu of every participating restaurant.