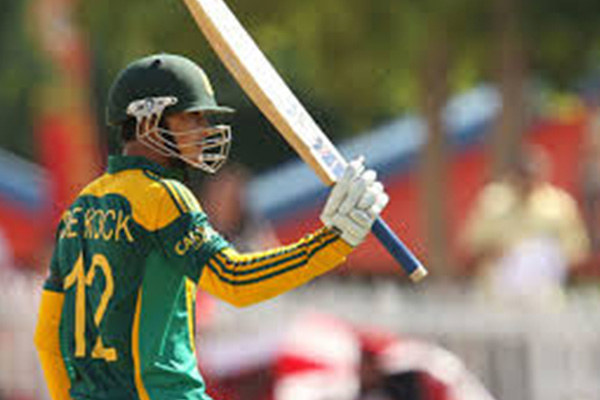 Rainy end in Centurion after another de Kock ton

Twenty year old Quinton de Kock broke the record for most runs in a bilateral three-match series, following which de Villiers brought up his own hundred. Looking at the ease with which they punished the Indian bowling in that 171-run stand, you could hardly tell they had come together at 28 for 3 after India had finally shown up on this tour. However, India were spared another big chase as persistent rain forced play to be called off without a ball bowled in the second innings.

That sighting of India was brief: they dropped de Kock on 37 and 43, the spinners became flat after a few good overs, and the quicks barring Ishant Sharma served up their usual length bowling in the end to concede 185 in the last 23 overs

De Villiers and de Kock, along with David Miller, got South Africa past the 300 mark and then the rains came and India did not get to bat.