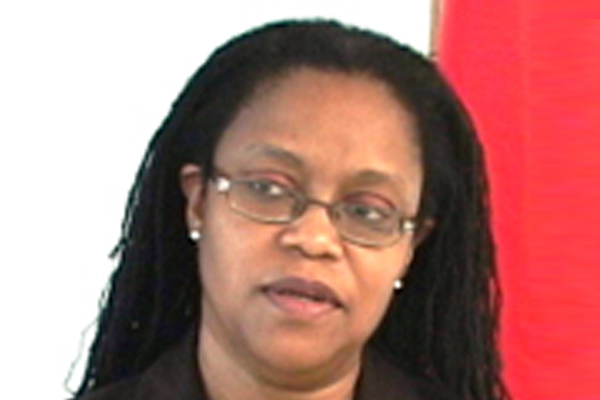 Raising consciousness is itself a big win – Dr. Hilary Brown on Reparations for Native Genocide and Slavery

(CARICOM Secretariat, Turkeyen, Greater Georgetown, Guyana) — Raising the consciousness of CARICOM nationals regarding issues related to Reparations for Native Genocide Slavery is, by itself, a win.  Those sentiments were expressed by Programme Manager for Culture and Community Development Dr. Hilary Brown during her presentation on the matter at the Twenty-Second Meeting of the Regional Cultural Committee (RCC) held at the CARICOM Secretariat in Georgetown, Guyana, June 18 – 20, 2014.

Dr. Brown said the result expected from the submission for reparations was a development programme for the countries affected. She said the issue was about redress and healing and addressing the “legacy that has left our people behind”. She said the hope was for engagement of CARICOM people which should result in psychological healing and further emancipation from mental slavery. She also outlined that the approach to be taken would be a diplomatic one involving engagement of the Europeans before taking the matter to the level of an international court of justice.

The Regional Cultural Committee, during their three-day meeting, also delved into other issues such as the drafting of a development strategy for cultural industries in CARICOM.  A status report was given on the design for a professional development plan for emerging young talent being done by Dr. Paloma Mohamed.  A full report is expected to be submitted to the Committee on the matter within the next 10 days.

Planning for the twelfth staging of the Caribbean Festival of Arts CARIFESTA also commenced. The meeting reviewed a presentation from Haiti, the CARICOM Member State that is expected to host the next staging of the event in August 2015. Delegates were apprised by Haiti’s Ambassador to CARICOM Peterson Noel, of the various locations in his country that would be appropriate to host the festival. Accommodation, travel and other arrangements for staging the event were also addressed. Various audio visual and other tools were used and delegates saw some of the finer aspects of the Haitian culture, particularly their music and carnival.

The delegates also conducted a review of CARIFESTA 2013 which was held in Suriname and provided advice based on the lessons learnt for the benefit of the new host country and for the general information of the Committee which will be heavily involved in next year’s event.

The Twenty-Second Meeting of the Regional Cultural Committee (RCC) began with an opening ceremony on Wednesday where Deputy Secretary General of the Caribbean Community Ambassador Manorma Soeknandan noted that despite economic challenges CARIFESTA needed to be sustained.