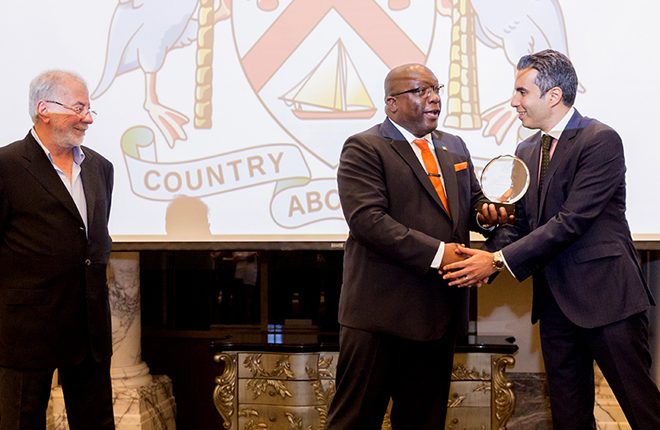 (Press Unit in the Office of the Prime Minister) – The Government of St. Kitts and Nevis has demonstrated its immense appreciation to the partners of Range Developments for their unwavering support and participation in the economic development and sustainability of the country.

Prime Minister Dr. the Honourable Timothy Harris presented an award of appreciation to Range Developments for its continued contributions to the country’s Citizenship by Investment (CBI) Programme, during a special cocktail reception for citizens and friends of St. Kitts and Nevis in Dubai on Tuesday, April 10, at the Astor Ballroom at the St. Regis Dubai.

The award was presented to Partners of Range Developments, Mr. Mohammed Asaria and Mr. Kamal Shehada.

In expressing his appreciation, Mr. Asaria stated, “This award is [in] recognition of years of hard work and dedication. We are the only developer in our sector to have completed a luxury hotel in the Caribbean through citizenship by investment and we are very touched by this acknowledgement from the Government of St. Kitts & Nevis. We look forward to many years of collaboration and completing our next project in St. Kitts in record time.”

The cocktail reception was held on the sidelines of the Prime Minister’s trip to the United Arab Emirates (UAE) where he held discussions with international marketing agents and partners to further promote the country’s CBI Programme.

Regarded as an international leader in the Citizenship by Investment industry, Range Developments is responsible for the establishment of the 126-room Park Hyatt St. Kitts luxury resort at the South East Peninsula, which had its opening in November 2017.

Four months after the opening of Park Hyatt St. Kitts, the St. Kitts-Nevis Government inked a historic agreement with the owners of Six Senses Hotels Resorts Spas and Range Developments for the construction of Six Senses St. Kitts – a luxurious hotel, resort and spa – at La Vallee Greens.

Through that agreement, Range Developments became the first developer to undertake two projects that will result in two internationally acclaimed luxury hotel brands established in St. Kitts. This Mr. Asaria attributed to the excellent leadership of Prime Minister Harris and the vision of the Team Unity Government.

“For a Caribbean Government… to conclude a deal with a developer, with an ultra luxury hotel operator in 66 days documented to the highest international standards, with the highest level of governance…that is a remarkable achievement. We have achieved here in 66 days what we haven’t been able to achieve in three years in other islands – all kudos to the Government [and] to the minister,” Mr. Asaria said during the Six Senses St. Kitts contract signing ceremony on Sunday, March 4.

The construction phase of Six Senses St. Kitts, which is expected to be completed in just over two years, will see the creation of more than 500 jobs, with another 300 permanent jobs being made available upon completion. 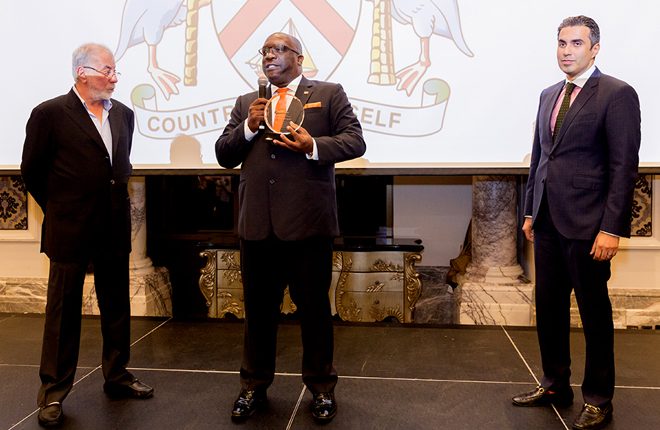 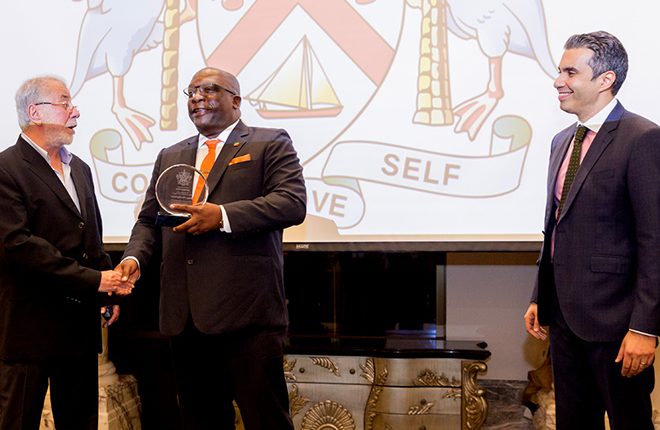 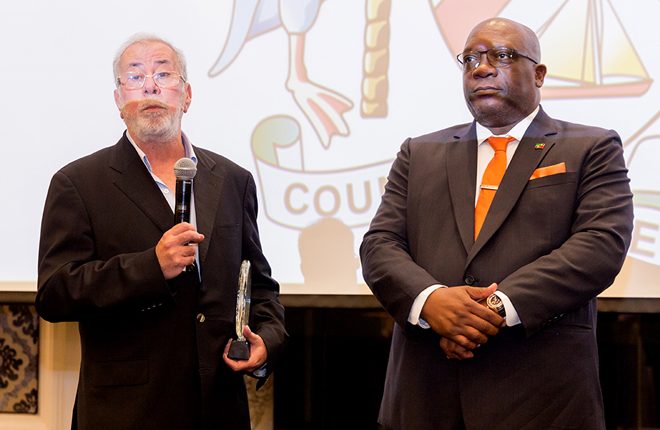