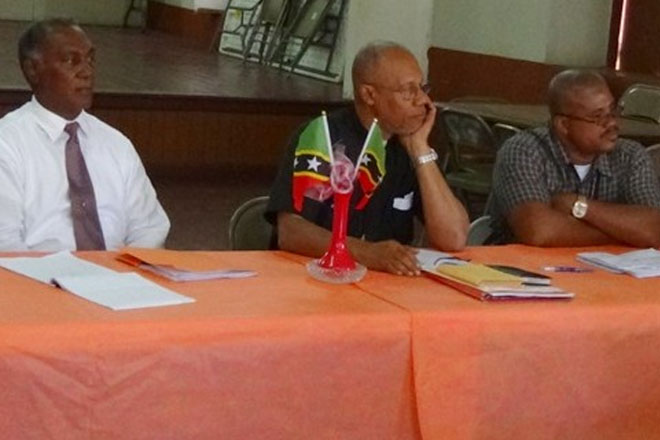 Basseterre, St. Kitts (SKNIS) — Caring for persons and enhancing the effectiveness of social programmes were among topics discussed at a recent meeting between the federal government of St. Kitts and Nevis and religious organizations.

Senior Minister Honourable Vance Amory convened the meeting in his capacity as the minister responsible for ecclesiastical affairs. The presidents of the St. Kitts Christian Council and the St. Kitts Evangelical Association were joined by other representatives from various denominations for the discussion.

Topics included expanding and strengthening youth advocacy programmes, increasing care and assistance for persons living with or affected by HIV/AIDS and enhancing counseling and support for underprivileged and at-risk youth. The religious representatives also advocated for the reintroduction of christian living into the education curriculum.

Senior Minister Amory thanked the gathering for its ideas and comments while noting the important role the church plays in national development. He also expressed appreciation for their suggestions and assured that their contributions and concerns were taken to heart and will be seriously considered.

Similarly, the religious leaders conveyed gratitude to the senior minister for hosting the consultations and engaging in genuine dialogue. They stressed that this will serve to build momentum in areas the religious community is currently addressing.

Senior Minister Amory concluded by reminding that his government had no intention of interfering in the work of the church but instead was seeking to forge deeper meaningful relationships. Both parties agreed to hold quarterly meetings and seek greater involvement of counterparts from Nevis.