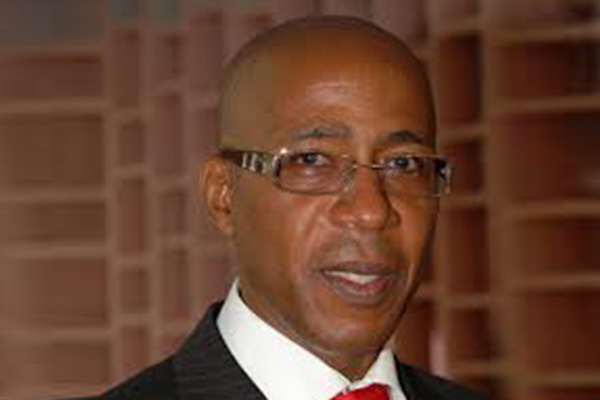 Renewable Energy Is the ‘Route to Go’, Says Energy Minister

During the 2014 Budget Address, Dr. Martin stated that St. Kitts and Nevis will be relying less on the use of diesel and more on renewable energy forms such as solar, wind, geothermal and waste-to-energy.

He revealed the figures associated with solar plants that have recently been constructed around the island.

“Since the inception of our first solar farm at the RLB International Airport, it has saved us an estimated 55 thousand barrels of diesel over a year, saving over five hundred and fifty-thousand dollars….we have seen tremendous savings from that initiative but we intend to move beyond that. “

The minister also noted that the government has recently entered a relationship with the St. Kitts Electricity Company (SKELEC) and the Republic of China (Taiwan) to construct another solar farm at the roundabout of the Eastern Caribbean Central Bank, which is expected to generate 500 kilowatts of energy with estimated fuel savings of forty thousand gallons of fuel per annum, saving over four-hundred thousand dollars.

He also mentioned plans for another solar farm to be built in the Newton Ground area in the near future. These solar farms, he said, guarantee 20 to 25 years of operation and will generate up to 4.4 megawatts of energy for the national grid.

Minister Martin also commended members of the private sector who are operating on renewable energy, such as Horsford’s Value Mart and even some citizens who are using solar panels, and reminded the House that this equipment is available for import free of duty.

During his address, Minister Martin pointed to other renewable energy platforms being developed, including plans to construct a 1-megawatt wind farm in the Bellevue area shortly. The government, he revealed is also in discussion with providers of waste-to-energy resources and that the Ministry of Health has already purchased a US$1 million dollar system that collects waste over a period of time in anticipation of this development.

The minister also gave an update to the long-anticipated geothermal energy plant in Nevis, stating that this is also expected to see realization in the near future, with the continued help of international supporters such as USAID and the United States Embassy in Barbados, who will be providing technical as well as financial support.

“The reason geothermal energy is so important is because it provides a constant base load of electricity,” he stated. “A 10 megawatt plant will always produce 10 megawatts as opposed to solar and wind, which may fluctuate depending on how much sun or wind there is. It is also expected to be the quickest method in bringing down the cost of electricity.”

Minister Martin assured that these plans as well as existing projects, such as the LED Street Lighting Programme, which will replace all streetlights in the federation with energy-efficient LED bulbs, and a joint project with the SIDF to replace all domestic consumer bulbs, with LED bulbs will generate significant reductions in energy costs throughout the federation.