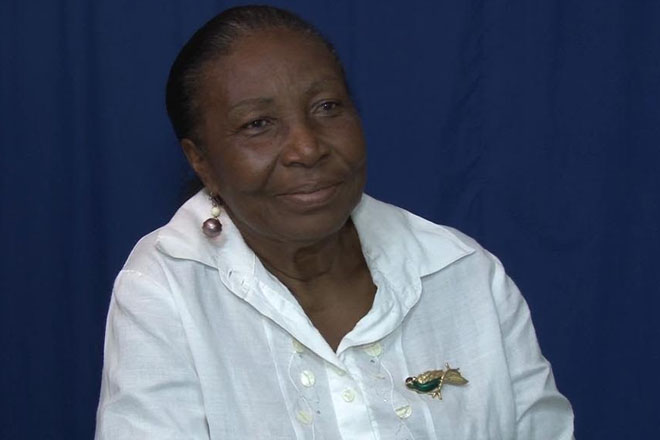 Basseterre, St. Kitts (SKNIS) — The month of October is set aside to give special honour to older persons and give them their due respect.

Deputy Director of Social Development Ann Wigley affirmed that this was the fitting thing to do.

“And if not during this month, then before, please give some attention and respect to our seniors,” Mrs. Wigley said, noting that older persons themselves had been brought up to be very respectful. “Good morning, good afternoon, how are you? Things like that. If we do that then our youths will adopt it as well, and in turn not be disrespectful.”

She addressed the international theme which states “Sustainability and Age Inclusiveness in the Urban Environment,” while speaking to the increase in longevity.

“A lot of people are living longer; you have persons 104 and 102 and 101, 99, 98 and they are still mobile, still able to go around, they want to do that,” the Deputy Director of Social Development stated. “So we want to encourage them because when they stay by themselves in the home they get lonely; also, anything that is not used gets rusty, including the body. If you don’t get active, if you don’t keep it going, it will get rusty.

Seniors were described as the “bedrock of any society,” and valuable contributors to the development of the Federation. As such, the activities to commemorate the month included interaction with young people.

“We are having various activities within the primary school; we are partnering youth and seniors,” Mrs. Wigley said. “We will have some of the children in the higher grades going out and working with our seniors – doing stuff for them, helping them and getting to know them. At the end of it they will be given a certificate of community service, which they can present along with their certificates for English, Math etc.”

The older persons in the society would also be invited to pay visits to the students of the schools in their communities and share their rich experiences. Mrs. Wigley related some of the things that this could include.

“For example, they would tell you how early they had to wake up and go out with their Mom or Dad and do chores,” she explained. “Maybe weed cane fields, throw trash, look after the animals, and bring grass back for those animals in the yard.

“Then they had to get ready to walk to school, not drive, and they had to reach early, otherwise the head teacher would be there waiting for them; now it is different.”

The Deputy Director of Social Development invited the general public to take part in as many of the activities as possible and cherish the older ones in our society at all times.