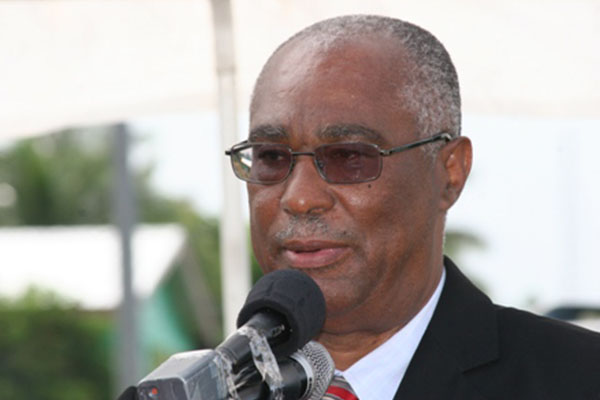 (ZIZ News) — A sense of pride has spread across the Federation, particularly amongst Nevisians, over the performance of the Hon. Patrice Nisbett, at the United Nations General Assembly.

Mr. Nisbett, the country’s Foreign Affairs Minister, addressed the 69th session of the United Nations’ General Assembly on Monday night, making him the first Nevisian to do so since St. Kitts and Nevis attained Independence.

ZIZ News spoke with several Nevisians to get their thoughts on Nisbett’s address. Among them were Former Premier of Nevis and current leader of the Nevis Reformation Party, the Hon. Joseph Parry.

“I hope that Nevisians are able to appreciate Patrice’s work now and realise that he is not only to represent us at a Nevis level or federal level but internationally as well. It’s very important for that. I’m sure that people, NRP stalwarts who have gone before are very proud people like Simeon Daniel and Ivor Stevens. Uhral Swanston is still alive and I’m sure he is proud of how far members of his party have reached and how they have represented not only Nevis well but the Federation very well,” he said.

Social commentator and host of Choice Radio’s “The Breakfast Menu” Walter Morton told ZIZ News that he was excited even before the speech aired.

“I think it was a proud, very proud moment for Nevisians. I went home and all along I was monitoring and it seemed there wasn’t a set time because I heard earlier it would have been between 3:00 and 4:00 then later on I heard that it would have been between 6:00 and 7:00 so I went home early, right after work and I tuned in on my laptop and when I heard the announcer say that he would be up next, I think it was somewhere around 7:00 it was like time stood still. I couldn’t concentrate on anything else. I listened the entire address. It was about 22 minutes and he spoke very well. He was very eloquent,” he said.

Dyllis Browne is a Nevisian who resides in the United States Virgin Islands. Browne said Kittitians and Nevisians, particularly residents of St. James parish in Nevis, should be proud of Nisbett.

“I listened and indeed it was a proud moment for me, a historically proud moment for the people of the federation St. Kitts And Nevis and most of all, his constituents in the parish of St. James. I am ever so proud of Patrice Nisbett. As a Nevisian living in the Diaspora who keeps in tune with what’s happening at home, I can say he has had made us even more proud with his excellent presentation before the United Nations last evening,” she said.