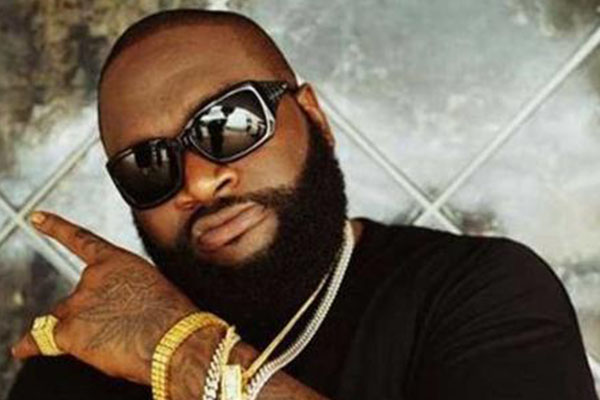 Ross will perform in St. Kitts’ Football Stadium tonight as part of the celebrations around the final of the CPL. The rapper will top the bill at the concert, to be held at Football Stadium, adjacent to the Cricket Stadium.

The Miami rapper will bring yet more international star quality to the high octane cricket tournament, which boasts some of the most exciting players on the planet, as well as Hollywood shareholders, Mark Wahlberg and Gerard Butler.

William Leonard Roberts II (born January 28, 1976), better known by his stage name Rick Ross, is an American rapper. In 2009, Ross founded the record label Maybach Music Group, on which he released his studio albums Deeper Than Rap (2009), Teflon Don (2010), God Forgives, I Don’t (2012), and Mastermind (2014). Ross was also the first artist signed to Diddy’s management company Ciroc Entertainment. In early 2012, MTV named Ross as the Hottest MC in the Game.

William Leonard Roberts II was born in Coahoma County, Mississippi, and raised in Carol City, Florida. After graduating from Miami Carol City Senior High School, he later attended the historically black college Albany State University on a football scholarship. Ross worked as a correctional officer for 18 months between December 1995 until his resignation in June 1997.

After being signed to Suave House Records, former label for rap duo 8Ball & MJG, he eventually signed a deal with Slip-n-Slide Records, which has been under the Def Jam umbrella since 2006. While signed to Slip-n-Slide, Ross toured with fellow rapper Trick Daddy and made guest performances on other Slip-n-Slide albums.

His debut album Port of Miami was released in August 2006 and debuted at the top spot on the US Billboard 200 album chart, with sales at 187,000 units during the first week. Christian Hoard of Rolling Stone magazine predicted that it would be “the summer’s biggest rap record.” The second single was “Push It,” which samples “Scarface (Push It to the Limit),” the theme song from the gangster film Scarface. The music video for “Push It” was modeled after the film. During that time, Ross made guest performances on two singles from DJ Khaled’s debut Listennn… the Album: “Born-N-Raised” and “Holla at Me”. Port of Miami received Gold certification from the Recording Industry Association of America on November 8, 2006.

In March 2008, his second album Trilla was released and, as its predecessor Port of Miami had, debuted at the top of the Billboard 200. Its lead single “Speedin” featuring R. Kelly peaked at number 21 on the US Billboard Bubbling Under Hot 100 Singles; the next one, “The Boss” featuring T-Pain peaked at number 17 on the Hot 100. The third single “Here I Am” featured Nelly and Avery Storm. MTV News ranked Ross on the fourth spot in its 2008 “Hottest MCs in the Game” list among ten rappers. The fourth single “This Is The Life” featured Trey Songz and was released in July.

The cover of the May 2009 issue of XXL magazine, titled “Rick Ross Up in Smoke,” featured Ross wearing a pair of Louis Vuitton sunglasses. After publication, a spokesperson for the luxury-goods maker contacted XXL to inform them that Ross was sporting fake sunglasses in the cover image. It was later revealed that the rapper was wearing authentic Louis Vuitton sunglasses which were altered by Jacob Bernstein, known as “The Sunglass Pimp,” Bernstein defended his customizations despite Louis Vuitton’s insistence that such modification and resale of trademarked property is not legal.

Rick Ross released his fourth studio album entitled Teflon Don, which was released on July 6, 2010. The lead single is “Super High” featuring Ne-Yo. Actress Stacey Dash made an appearance in the music video. A second official single was released titled “Live Fast, Die Young” which features and is produced by Kanye West. The album debuted at number two on the Billboard 200 selling 176,000 copies in its first week.

In November 2010, rapper and frequent collaborator, Diddy, who in 2009 signed Ross to a management deal with his Ciroc Entertainment, announced from his YouTube account, that he and Ross are working on an EP together, and announced that it would likely be released in 2011.[dated info] A single has been released for the project, called “Another One.” However, the EP was not released in 2011 and will most likely not be released anytime soon.

Rick Ross performed at BET Awards 2011, which aired on June 26, 2011. He also received a nomination for Best Male Hip Hop Artist. In early 2012, Ross was named the Hottest MC in the Game.

Ross’ fifth studio album, God Forgives, I Don’t, was originally scheduled to be released on December 13, 2011, though it was later delayed to July 31, 2012. He premiered two singles from the album, “You the Boss” and “I Love My Bitches,” though they were not featured on the official tracklisting. Upon its release, the album charted at number eight on the UK Albums Chart and number two on the UK R&B Albums Chart, making it Ross’s highest-charting album and first top 10 album in the United Kingdom. The album debuted at number one on the Billboard 200, with first-week sales of 218,000 copies. Ross premiered four songs: “So Sophisticated” featuring Meek Mill, “Touch’N You” featuring Usher, “Hold Me Back,”  and “3 Kings” featuring Dr. Dre and Jay-Z. Rick Ross was nominated by The Source as its “Man of the Year.”

On January 7, 2013, he revealed the title of his sixth album to be Mastermind. The album was set to be released in 2013.The first promotional single from the album would come in the form of “Box Chevy” which was released to iTunes on February 15, 2013. The music video was filmed on April 1, 2013 and features cameos from MMG members Gunplay, Stalley and Rockie Fresh.

During 2008, it was announced that Ross was set to release a collaboration album with his long-time friend Birdman titled The H, but after that, no information on the album was released. On May 16, 2013, Birdman and Rick Ross announced that The H would be released as a mixtape hosted by DJ Khaled on May 23, 2013. The project was recorded during a couple days in 2008.

On September 5, 2013, Ross premiered the first official single from MasterMind, “No Games” featuring Future produced by J.U.S.T.I.C.E. League.The following day, it was released to Urban contemporary radio.[38] It was followed by the singles “The Devil Is A Lie” with Jay-Z and “War Ready” with Jeezy.

Rick Ross released his sixth studio album Mastermind in March of 2014, the album received generally positive reviews from critics and debuted at number one on the Billboard 200 chart with first week sales of 179,000 copies. As of April 8, 2014, the album has sold over 290,000 copies in the United States. In June 2014, it was announced that Ross would make a guest appearance on the docu-series Sisterhood of Hip Hop.