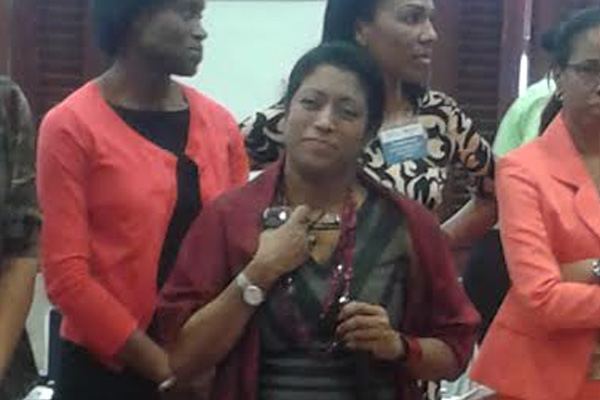 Dr. Guya Gamhewage, Workshop Coordinator and WHO Representative in charge of risk communications capacity building support for governments, explained the purpose of this.

“We are here to build on existing capacity, to link you up, to give you that little bit that you may not have the time to get through yourselves,” Dr Gamhewage emphasized. “We believe that being together in this room, you will learn more from each other than you will learn from the training team. The last thing I’d like to say is that I’ve worked in emergencies for about 20 years. I’m a former journalist and a medical doctor. I’ve found that the ability to surge up, to increase you capacity during an emergency or to accept surge capacity in your system – sometimes is the make or break of a good emergency response.”

The Workshop Coordinator emphasized that while “the principles of risk communication remain very stable and solid, the complexities around it become very difficult.” As such, a multi-hazard approach was also taken and so the training team included persons with strong field experience – such as those who had recently returned from West Africa having seen the Ebola Virus Disease (EVD) outbreak first-hand, experts in emergency response, national capacity building, epidemiology and technical fields.

Chikunguna was cited as a case in point of how critical it is to be prepared, particularly in the health sector, where the current status can change rapidly. Larone Hyland, PAHO Public Health Specialist revealed that prior to 2013 there were no locally transmitted cases of chikungunya in the Americas. In December 2013 PAHO/WHO received confirmation of the first few locally transmitted cases in the Caribbean. By October 31, 2014 a cumulative total of 78,000 suspected cases have been reported and of these just over 13,000 were confirmed.

Barbados Acting Minister of Health Honourable Donville Innis assured that in addition to making active use of PAHO’s resources, a multi-sectoral approach would be taken when deciding who would be involved in the preparations for EVD.

“In this effort we will benefit from the technical assistance from PAHO, including advisors from the Washington Office who will be assisting in an analysis of our plan and an evaluation of our protocols and our state of readiness in port health, infection control, clinical management, surveillance, laboratory and inter-sectoral coordination for emergencies and disasters,” Acting Minister Innis revealed.

“Work on the completion of the protocols is ongoing in preparation for involvement of participants in sectors other than health including the private sector. This would ensure that all sectors and agencies have developed plans and are prepared to respond, when and if required to do so.”

The Acting Minister of Health also advised media practitioners as well as individuals representing ministries, to ensure that their messages are clear, consistent, and designed to reach the heart. He stressed that it was critical to build trust and that the message must be consistent.

“Certainly I am no expert in Communications but having served in this field for a number of years, I will say to you that you have to be prepared to give strong advice as to when technocrats speak, as to when politicians speak,” Acting Minister of Health Innis noted. “It will make a fundamental difference. “We politicians must learn when to shut up sometimes and let the professionals speak. And of course the professionals must appreciate that politicians do have from time to time occasions to speak. I think one of the most important things is that there is some consistency in the message that’s being delivered regardless of the messengers.”