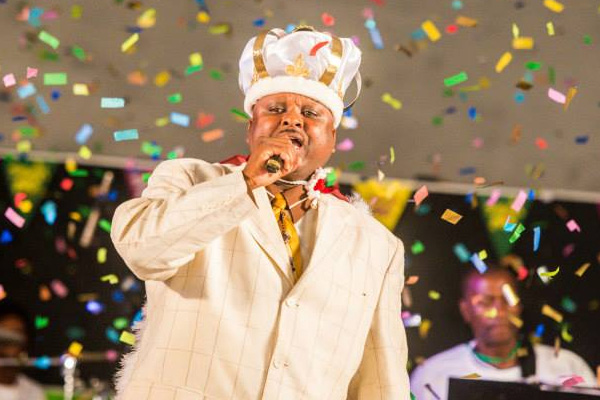 Buntin amassed a total of six hundred and seventeen points from his two selections “Leave them in the dust” and “Saving Grace” to be crowned King from a field of eight competitors .

The other positions went to King Astro who placed third runner up, Singing Jackie took the second runner up position and Lord Kut placed first runner up.

The new calypso king was crowned by Prime Minister the Right Honourable Dr. Denzil Douglas while the participation trophies were presented by the Chairman of the National Carnival Committee Sylvester Anthony and General Manager of LIME Mr. David Lake whose company is one of the main sponsors of Sugar Mas 42.

Musical accompaniment for the night was provided by both the Grand Masters and the Legends while the show was under the guidance of KVK a national of St. Kitts and Nevis who resides in Florida.

Quite a huge vocal crowd came out to lend their support to the show one of the highlights of the Carnival festivities in St. Kitts.